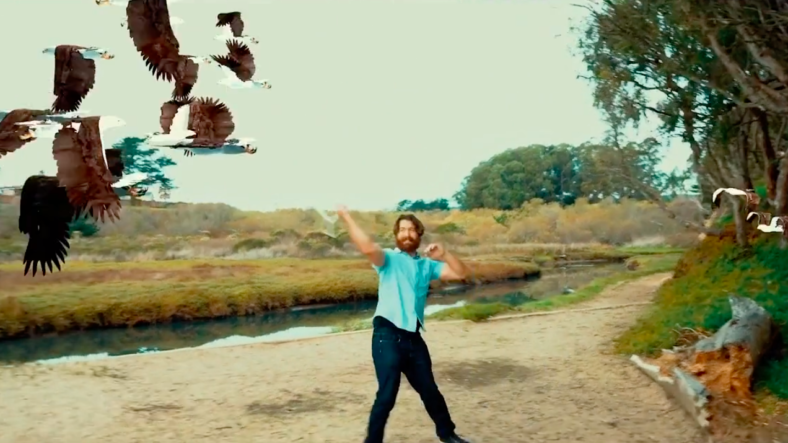 Get ready, y’all, because we’re about to get a third Birdemic movie. Thanks to Severin Films and writer/director James Nguyen, we’re going back to a world of terrible CGI birds and pissed-off nature. And we cannot wait.

Read the full synopsis of Birdemic 3 below:

While slowly sauntering down the Santa Cruz pier, gerontologist (a scientist studying the biological aspects of aging) and Tesla Model 3 driver Evan (Ryan Lord) happen to spot marine biologist Kim (Julia Culbert) collecting ocean water samples for her climate change
research. It doesn’t look good. Kim carefully explains to Evan that the water is too acidic because there is too much CO2 in the water caused by global warming. That in turn is causing the sea lions and whales to contract cancer, die and wash up on shore. It isn’t
collisions with cargo ships, like the media is reporting. It’s global warming. But that is not where the story ends. Climate change, it turns out, is really bad. Remember, this is Birdemic 3, and it is not a spoiler to clue you in that the birds, in particular the sea eagles, are super PISSED.

The chance encounter between Evan and Kim sets up what can only be described as a patented James Nguyen romantic thriller. This young couple has both epic adventure and steamy romance ahead of them. As the film ambles towards its enigmatic conclusion, our young couple will be packing serious heat, contemplating a space elevator with a very mysterious, very Elon Musky Mr. Green, watching Russian roulette with sharks, disco dancing for hours, encountering booze-fueled biker gangs, engaging in heavy petting and of course, laying waste to a shit-storm of really angry birds.

Watch the new trailer below:

Severin Films distributed Birdemic Shock and Terror in 2010 but was not involved in the less-well-received sequel. There were just too many cooks hovering over that pot. In order to recreate the magic of the first, they yielded 100% creative control and director’s cut to Nguyen. Severin supported the project wholeheartedly, and three years later, without ever seeing a draft of the script, Nguyen returned with a bottle filled to the brim with romantic and thrilling lightning.

Birdemic 3 has its world premiere at Fantastic Fest this September.