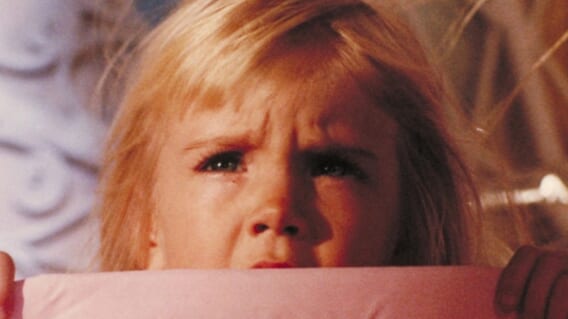 James Wan is one of horror’s modern auteurs. The filmmaker has single-handedly invented sub-categories (see torture-porn with Saw), reinvented well-worn tropes (haunted houses with Insidious), and has even managed to break into the mainstream with a series of uber-profitable smashes like Aquaman and Fast 7. The man is a gift to the genre, and at the end of the day, I’d take his word on just about anything spooky-related. That’s why today we’re running down five horror recommendations made by Wan himself. And better yet, where you can stream them online!

In a conversation with Bloody Disgusting, Wan got specific about which Argento classics he’s more likely to recommend on his dime. “I would say that when I reference Argento, I don’t necessarily reference his classics like Deep Red or Suspiria. I would reference more like Trauma, Phenomena, Tenebrae, some of these later ones just because they’ve got more and more out there, if you will, for lack of better description. And I felt like that’s the spirit of this.” Tenebrae is most famous for its outrageous arm-severing sequence. Check it out here. Stream it now on Tubi.

“This movie reintroduced me to my love for the Asian horror stories that I grew up with,” Wan told THR about the 1998 classic from genre superstar Hideo Nakata. Based on the 1991 novel by Koji Suzuko, Ring concerns a reporter uncovering the mystery behind a cursed videotape. The film would eventually spawn numerous sequels and remakes. Stream it right now on Shudder and Tubi.

Next up from Wan is a lesson in filmmaking. Causing millions to fear swimming, this gateway horror masterpiece is also arguably the very first summer blockbuster. Speaking to THR about Jaws, Wan had this to share: “It’s the movie that made me terrified of the great, watery unknown. It educated me on the power of suspense filmmaking (along with every other movie by Steven Spielberg) through camerawork, editing, music and mise en scene.” Stream it on AMC+ and Tubi.

“It’s the movie that scarred me as a child and sent me down my obsessive path toward all things evil-doll/puppet-related. It has terrific sound design, too,” Wan told THR about his love of the Tobe Hooper classic. With his personal social media handle also being CreepyPuppet, we can see where his animatronic fascination comes from. Stream it now on HBO Max.

While he didn’t explicitly recommend Black Sunday, in a 2017 interview with EW the Insidious director suggested “Anything by Mario Bava.” So we’re uncorking Black Sunday, one of Bava’s most shocking and beautiful explorations of horror. His directorial debut stars Barbara Steele and concerns a witch who is put to death by her brother and is unearthed two hundred years later to ruin everyone’s day. Stream it on Shudder.