These Are Quentin Tarantino’s Favorite Kill Scenes In Horror [Watch] 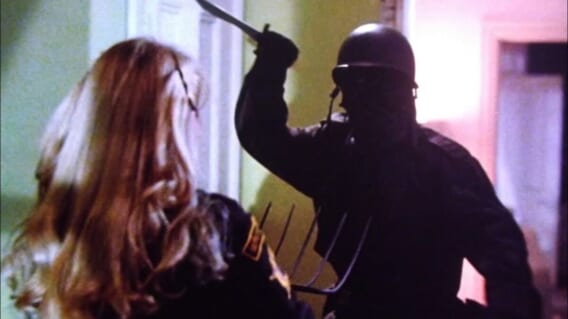 Quentin Tarantino is a man who understands violence on screen. From the fountains of blood in Kill Bill Volume 1 to the intimate carnage of Reservoir Dogs, no one quite uses cinematic brutality like Tarantino. The self-proclaimed horror fan is also never shy about sharing a recommendation or two, having graced us with countless genre recs over the years. Today we’re combining both and taking a look at the filmmaker’s favorite collection of kills in horror.

Speaking with FHM Magazine in 2007 (via The Guardian), the director recalled a handful of unmissable murder sequences for the horror history books. We’ve collected them below for your viewing pleasure.

One of the best-underseen slasher flicks from the 1980s, The Prowler features the early handiwork of horror hero Tom Savini. While this title gets a little lost in the shuffle, possibly for its similarities to My Bloody Valentine, it still showcases some extraordinary kills.

“There’s a terrific slasher movie called The Prowler, it was out right after they’d come down hard on those movies, but they got X-rated violence in. I don’t know who got a blowjob to get it done, but someone must-have. There’s a girl in the shower, with her boyfriend lying on the bed, and the prowler comes up and sticks a bayonet through the top of his head so it comes down through his chin. It’s really slow. And he goes into the shower, where the chick is naked, and he stabs her with a pitchfork and as she’s screaming, he lifts her up the wall.”

Dario Argento’s 1982 giallo classic Tenebrae is a response to critics of the filmmaker’s violence. In fact, it was even more specifically a reaction to the way film critics responded to the way Argento treated women in his films. Starring Anthony Franciosa, John Saxon and Dario Nicolodi, Tenebrae is a strange metawork that defies genre and good taste. So it comes as no surprise that Quentin Tarantino would want to bookmark it as a noteworthy example of violence in cinema.

The scene in question portrays the character Jane who has her arm hacked off with an axe before spraying her blood over a white wall, like paint covering a blank canvas. Truly wild stuff.

When it comes to kill scenes, we’ve got to admit, Tarantino is a man of taste. There are just so many creative and dastardly death sequences to select from in the Jason Voorhees canon! From the double-impalement of Friday the 13th Part 2, to the sleeping bag murder in Part 7, this franchise has a lot to choose from. But the liquid nitrogen death in Jason X is a work of artistic genius. Would it be possible to kill someone by dipping them in a vat of liquid nitrogen and then bashing their face in like glass? That’s not for me to say. But it sure as hell made for an effective moment of violence in the tenth Friday. And Tarantino agrees.