R.L. Stine Says This Stephen King Novel is the “Scariest”, Admits To Stealing Its Premise 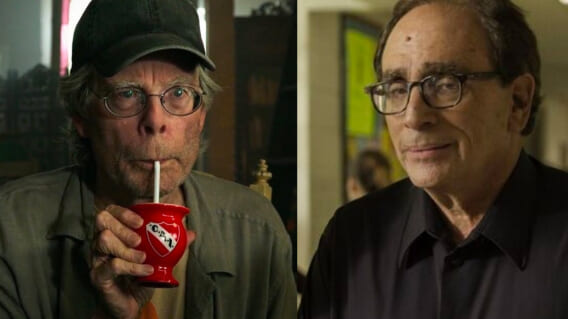 It’s no secret great authors are known to influence each other. That said, it’s not often one of the best-selling writers of all time admits to stealing another’s premise “four or five times”. But the truth will set you free, and that’s the lesson today with our good friend of the genre R.L. Stine. In a recent interview with Yahoo Entertainment, the legendary children’s novelist shared what he believed was the scariest Stephen King book ever written. He also flat-out admits to hijacking its premise numerous times.

R.L. Stine is perhaps best known for his children’s horror series Goosebumps which has been adapted into two feature films as well as a 90s television series. Its original run lasted from 1992 to 1997 when it spawned over sixty books. Eventually, the series would go on to earn over $400 million, becoming the second most successful series of children’s books ever, second only to Harry Potter. With that many stories under his belt, it’s understandable Stine would be looking for inspiration wherever he can find it. One of those places just happened to be the novel Pet Sematary by Stephen King, which he also cites as being King’s scariest book ever.

Here’s what Stine had to say about Stephen King in his recent interview:

One thing I do as a writer is that I come up with the ending first so that I can keep readers from guessing it. I do a complete outline of every book, but I always try to get the ending before I write Chapter One. Because then I know how to fool the reader. Rod Serling and Agatha Christie were huge influences that way. I can’t tell you how many Agatha Christie plots I’ve stolen! I think Stephen King’s scariest book is Pet Sematary, and I’ve stolen that premise for or five times.

Oh yeah, I told him! I’ve only met him once, and we had a nice talk. He accused me of taking every amusement park plot and not saving them for anyone else!

Pet Sematary is certainly a terrifying novel. First published in 1983, King himself has admitted that it’s the one story of his so ghastly, he nearly wishes he hadn’t written it. The novel concerns a grieving parent who does the unspeakable to bring his child back from the dead. It’s gone on to become a cinematic franchise of sorts, with three films and one more in the pipeline at Paramount+.

Lastly, what do you think of Pet Sematary? Is it really Stephen King’s scariest novel? Let me know on Twitter via @joshkorngut. I’m always around to chat about all things R.L. Stine and Stephen King!