It's an electrical thing. 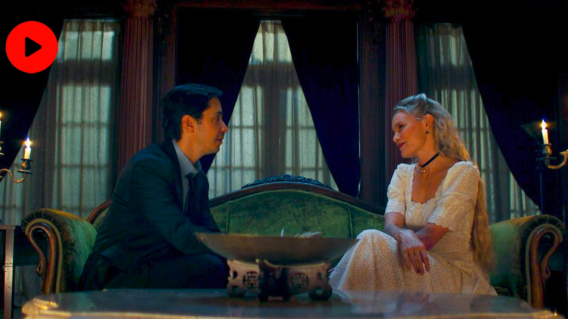 Neil LaBute is a seasoned playwright and filmmaker known for his subversive works such as In The Company of Men and Bash. His other films include Nurse Betty, The Wicker Man and the screen adaptation of his play The Shape of Things. Today we’ve had a chance to sit down with the iconic creative to unearth his latest horror outing House of Darkness after its Fantasia Film Festival showcase.

House of Darkness comes to theaters on September 9, 2022, and to on demand and digital on September 13, 2022. Justin Long, Kate Bosworth, Gia Crovatin, and Lucy Walters star in the film.

LaBute returns to horror with this bold new title ready to take a bite out of a few familiar tropes. Part intimate two-hander, part retelling of a classic gothic horror story we all know so well, LaBute’s latest manages to make a home of its own in a well-worn subgenre with originality, tension, and charm

Watch our conversation with Neil LaBute out of the Fantasia Film Festival:

Lastly, will you be checking out House of Darkness when it’s released on September 9th from Saban Films? Let me know on Twitter via @joshkorngut. I’m always around to chat about all things Neil LaBute.