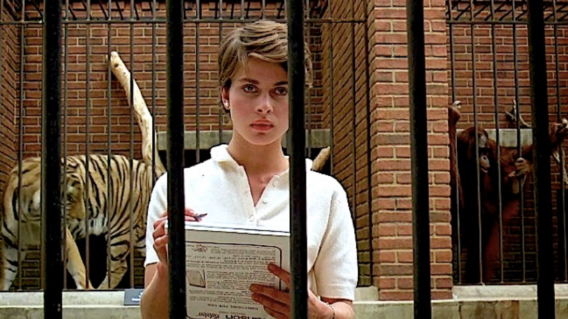 It’s time to unleash our primal animal nature and succumb to the unbridled cravings for a generous dose of suspense, unspeakable desire, and old-fashioned thrills when Cat People Collector’s Edition comes in a 4KUHD™+Blu-ray™ combo pack from Scream Factory. Special features include a new 4K scan from the original camera negative and special bonus content. Loyal fans and collectors ordering from Shoutfactory.com will receive a rolled 18×24 poster featuring the original theatrical artwork available while supplies last.

Directed by Paul Schrader, this provocative and memorable cult hit is a remake of the 1942 Jacques Tourneur horror/noir classic. Cat People stars Nastassja Kinski as Irena, a beautiful young woman who discovers love for the first time only to find that the experience brings tragic consequences. The tremendous passion of this woman’s first romantic love is so strong, however, it bypasses the chaos around her—including the extraordinary demands of her brother (Malcolm McDowell)—as it pushes her on to her own bizarre destiny.