‘One Cut of The Dead’ Remake To Premiere at Cannes 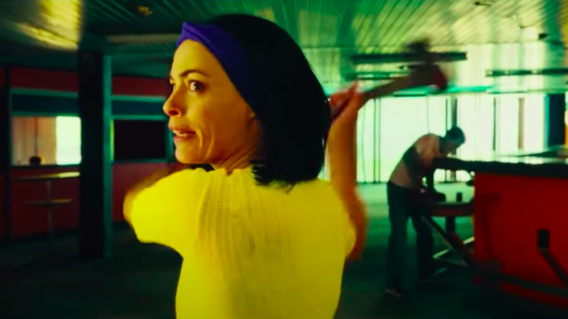 Shinichirou Ueda‘s 2017 meta zombie film One Cut of the Dead surprised audiences with its innovative and fun approach to the oversaturated subgenre. It stood apart thanks not only to an impressive 37-minute long take, but also thanks to the heart from the entire cast. It’s a film full of love for movies and about what we’ll do to make our creative vision come to life.

Now, director Michel Hazanavicius‘ French-language One Cut of the Dead remake is finally hitting the festival circuit. It’ll have its world premiere as the Cannes Film Festival’s opening night film. Titled Z (Comme Z), the film was originally slated to premiere at Sundance Film Festival. However, the film was pulled from the line-up when the festival went fully virtual.

Check out the new trailer below:

In a disused factory, a Z-grade horror film shoot is in full swing. Jaded technicians, uninvolved actors… only the director seems to possess the necessary energy to give life to this umpteenth low-budget zombie movie. During the preparation of a particularly difficult shot, filming is disrupted by an eruption of the real living dead. In front of the camera, everything looks more-or-less normal. Behind it, the crew is freewheeling to save the film while following their one and only watchword: DON’T CUT!

Hazanavicius is known for his 2011 Academy Award-winning film The Artist, which is quite different from One Cut of the Dead. But with this film, the director can illustrate his range and hopefully capture what made the original film so special.

Z (Comme Z) opens the 75th-anniversary edition of Cannes on May 17. The film hits theaters in France on June 15. Keep an eye on Dread Central for updates on its US premiere!

Tags: Cannes One Cut of the Dead