‘Bring It On: Cheer Or Die’ Will Turn The Cheerleading Franchise Into A Full-Blown Slasher!

Someone at SYFY has an incredible sense of humour. 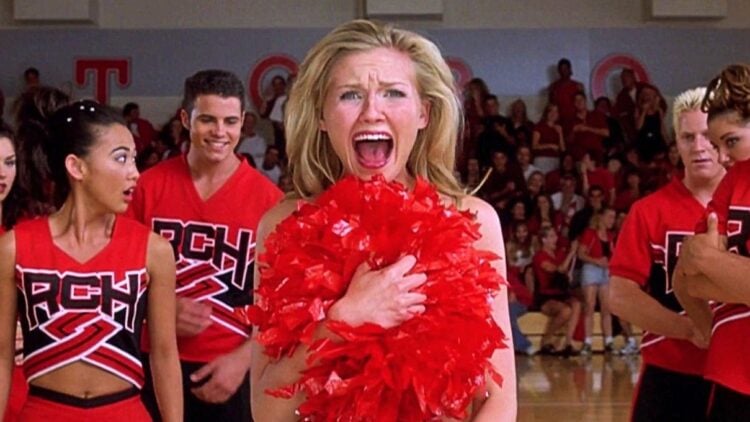 Hot off the success of their Chucky series and Slumber Party Massacre reboot, SYFY is reworking yet another killer franchise. We’ve scored word that the next chapter in the long running Bring It On series is going full on SLASHER HORROR. Previously titled Bring It On: Halloween, the next film, Bring It On: Cheer Or Die is a SYFY original horror movie and we are shaking.

From Universal 1440 Entertainment and Beacon Pictures, Bring It On: Cheer Or Die follows a cheer squad as they practice their routines overnight in an abandoned school during Halloween weekend where one-by-one, the teens fall victim to a deranged assailant. The film will debut on non-theatrical platforms worldwide and appear on SYFY in Fall 2022.

Here’s what a representative from Universal had to say:

“We are excited to team up with SYFY to continue this ever-popular franchise with an all-new installment from renowned filmmaker Karen Lam, the very first female director of the movie series,” said Glenn Ross, general manager and executive vice president, Universal 1440 Entertainment. “Featuring a fresh take on the franchise’s historically comedic films, this next chapter showcases a multi-talented diverse cast and will entertain long-time Bring It On movie fans as well as open the doors to the legion of fans who enjoy thrillers.”

The film is written by Rebekah McKendry (All the Creatures Were Stirring) and Dana Schwartz (She-Hulk) from a story by Alyson Fouse (Bring It On: Fight to the Finish), executive produced by Beacon Pictures partners Armyan Bernstein and Charlie Lyons, produced by Griff Furst (You Might be the Killer), and co-produced by Tony Gonzalez (Bring It On franchise) and C. Eve Stewart (Tales from the Hood 3). Tony Gonzalez also returns as the choreographer to create the franchise’s iconic stunts.

Lastly, are you as psyched as we are about the forthcoming Bring It On: Cheer Or Die? Let me know on Twitter via @joshkorngut. I’m always around to chat all things SYFY horror!