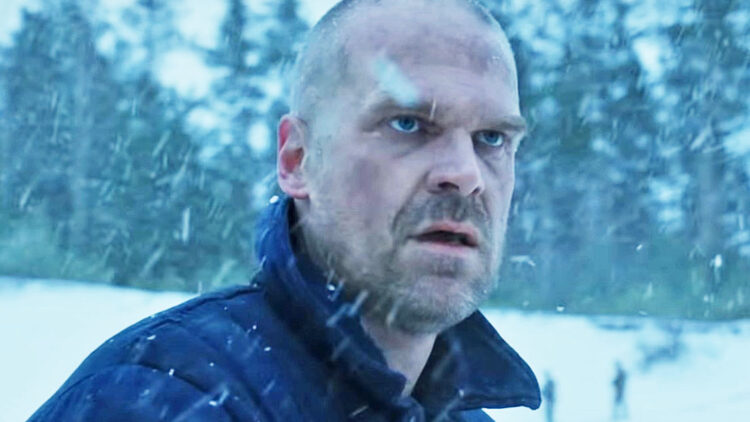 Are you ready for another entry into the sub-genre of holiday horror? This year sees the release of Silent Night, an apocalyptic vision of seasonal terror. Next year we will receive Violent Night, a bloody and “dark as coal” Christmas offering.

Universal Pictures has officially assigned holiday thriller Violent Night to their calendar. On December 2nd 2022 the David Harbour starring 87North production will hit cinemas, just in time for you to stuff your stalkings.

Violent Night has been described as a “coal-dark holiday thriller that says you should always bet on red.”  The horror film will star Black Widow,  Hellboy, and Stranger Things’ David Harbour and is helmed by Norwegian director Tommy Wirkola. This is the filmmaker who brought us the Dead Snow series.

Subsequently, for those who don’t remember, the Dead Snow snow series is a cult zombie pairing of Holiday features. The Norwegian filmmaker torpedoed into relevance with the films, which saw a group of young people fighting off Zombie Nazi’s in a snowy holiday setting.

Personally, I’m not a huge fan of using Nazi’s in horror. But, there’s no denying the cult status that Dead Snow has achieved over the past decade.

Lastly, what did you think of the Dead Snow series? Are you interested in more seasonal horror from the filmmaker? Let me know on Twitter via @joshkorngut. I’m always around to chat about holiday horror.