‘Candyman: Day of the Dead’ Descends Onto Blu-ray With Gorgeous New Artwork

The direct-to-video 'Candyman 3' is finally hitting Blu-ray this January. 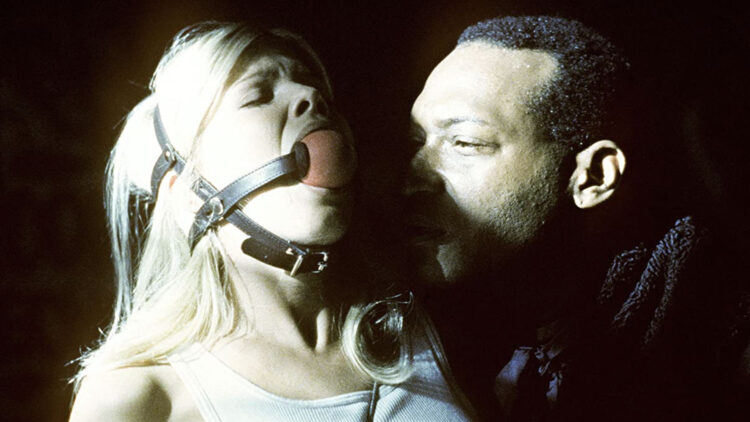 Your Blu-ray collection is about to include the whole damn hive, honey. Candyman: Day of the Dead is finally coming to Blu-ray on January 18th from the Vestron Video Collector’s Series.

This is great news for a handful of horror fans like myself who refuse to erase this DTV entry from the franchise canon. Sure, it’s cheap n’ trashy horror, but that’s something worth celebrating.

The most exciting aspect of this upcoming high-def release is the absolutely gorgeous artwork created by Devon Whitehead. Check it out below. It features Candyman descending upon the culty street toughs who cause problems in the final act of this outrageous 1999 sequel.

Dawn of the Discs informed us about the January 18th 2022 release date for this title, courtesy of Vestron Video.

The one and only Tony Todd returned for this DTV sequel in 1999. Candyman: Day of the Dead followed Candyman and Candyman: Farewell to the Flesh. The film was directed by Turi Meyer and stars Donna D’Errico of Baywatch fame.

The third Candyman film made zero to little sense, and it’s still unclear if Daniel was trying to seduce his granddaughter or what, but it’s still a charming slice of late-era VHS horror.

Tony Todd recently discusses the title in the Candyman episode of Shudder’s Behind the Monsters series. He rightly points out that the film managed to cast a diverse ensemble of talented performers, including the charismatic Mark Adair-Rios in the role of Miguel.

Check out the killer artwork for Candyman: Day of the Dead here:

Day of the Dead isn’t the only Candyman coming to Blu-ray. Nia DaCosta’s Candyman reimagining is hitting shelves on November 16th. Dread Central wrote a glowing review for the hot new take on the well loved franchise. Check it out here.

Lastly, what did you think Candyman 3? Let me know on Twitter via @joshkorngut. I’m always avail to chat all things Daniel Robitaille.