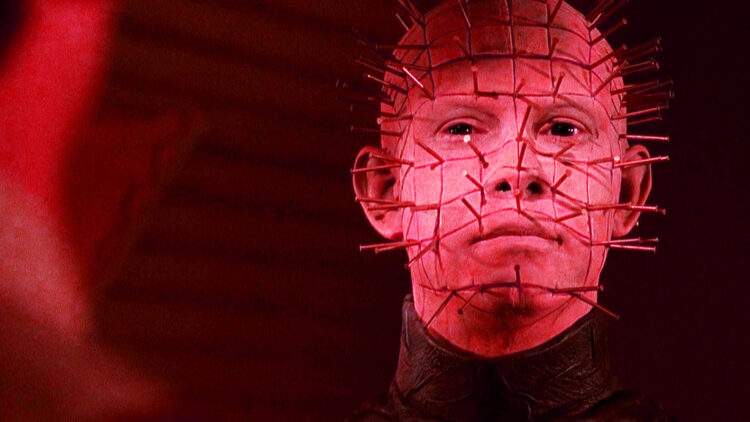 After decades of nearly unwatchable Hellraiser films, we finally have not one, but two prestige Pinhead reboots in development. David Gordon Green (Halloween Kills), director of the upcoming HBO TV series, recently shared his thoughts on the two hellbound projects currently in the pipeline.

First up will be Hulu’s feature film adaptation of Clive Barker’s The Hellbound Heart from director David Bruckner (The Night House) and producer David A. Goyer (The Dark Knight trilogy). Clive Barker is also reportedly producing this project, which stars Jamie Clayton (Sense8) as Pinhead. 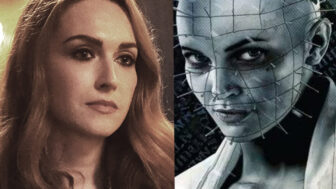 The second Hellraiser project allegedly in the works is the David Gordon Green directed HBO series. However, this version is much earlier along on its production journey.

A Tale of Two Pinheads

David Gordon Green recently commented on the two Hellraiser projects in development at Hulu and HBO, respectively. During his Halloween Kills promotion tour, Green was asked by Entertainment Weekly his thoughts on Hulu’s casting of Jamie Clayton. He claimed not to have heard the casting news, but told the outlet that he was “excited” to see how the Hulu production takes shape.

“We’ve got it over at HBO, and that’s not in script form yet, but it’s being developed,” he told EW the day Jamie Clayton’s casting was announced.

“It’s going to be fascinating because it’s a different platform, different concept, different creators, but the same properties,” Green continued. “I’m not sure where that ends up and how that goes, but I’m very curious. It is a fun cultural experiment, right? To think there’s a crew with a concept for a series [and] a crew with a concept for a movie taking the same mythology. I don’t know, does it become like Deep Impact and Armageddon?”

A Legacy of Pain

The original Hellraiser film was and written and directed by Clive Barker in 1987. The classic gothic horror phantasmagoria was based on Barker’s novella The Hellbound Heart. Both the novella and the film revolved around nightmarish begins from a different world, named Cenobites, who are summoned to our dimension by a mysterious puzzle box. A Rubik’s cube, this is not.

The original film featured eternal horror icon Doug Bradley as the head Cenobite aka Pinhead. Hopefully at least one set of filmmakers decides to bring Bradely back in some capacity.

Lastly, how do you feel about the dueling Hellraiser reboots? Is it time to give this classic franchise a little love, or should we be leaving titles like this one alone? Let me know on Twitter via @joshkorngut. I’m always down to talk about all things Pinhead.