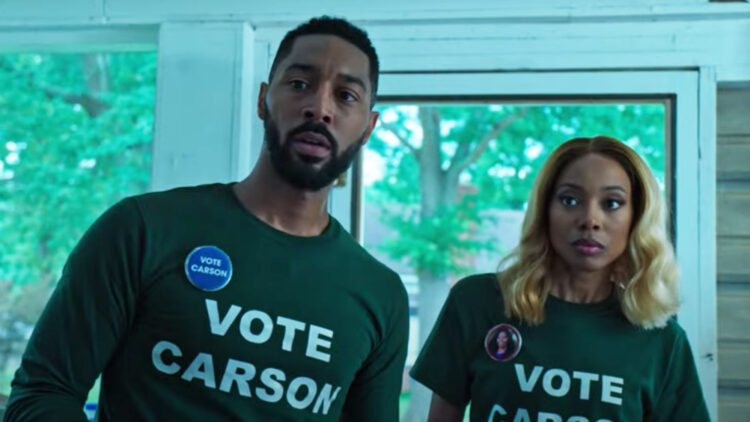 Shudder will premiere Horror Noire on October 28th. The scary anthology is a follow-up to their acclaimed 2019 documentary Horror Noire: A History of Black Horror.

“In most families, the danger doesn’t come from some stranger, danger comes from someone you already know” declares the ominous first teaser…

Here’s a breakdown of the talent assembled across all six stories:

Lesley-Ann Brandt and Nathaniel Logan McIntyre will appear in The Lake, written by married writing duo Steven Barnes and Tananarive Due.

Luke James will appear in Daddy as written by Victor LaValle.

Brandon Mychal Smith is in Brand of Evil, with a script by Ezra C. Daniels.

Lenora Crichlow and Sean Patrick Thomas will appear in Bride Before You, written by Shernold Edwards

Lastly, Lesley-Ann Barrett, Rachel True and Tony Todd will appear in Fugue State written by Barnes and Due.

Horror Noire: Blacks in American Horror Films from the 1890s to Present is by Dr. Robin R. Means Coleman, who now serves as a consultant on the film. The documentary was subsequently produced by Ashlee Blackwell, Phil Nobile Jr. and Kelly Ryan who will also consult on the scripted project.

Which segment of Horror Noire are you most excited for? Let me know on Twitter via @joshkorngut. I’m always down to talk all things horror! You can also let your voice be heard in the comments below or on Facebook, Twitter, or Instagram! Dread Central is now on Google News!