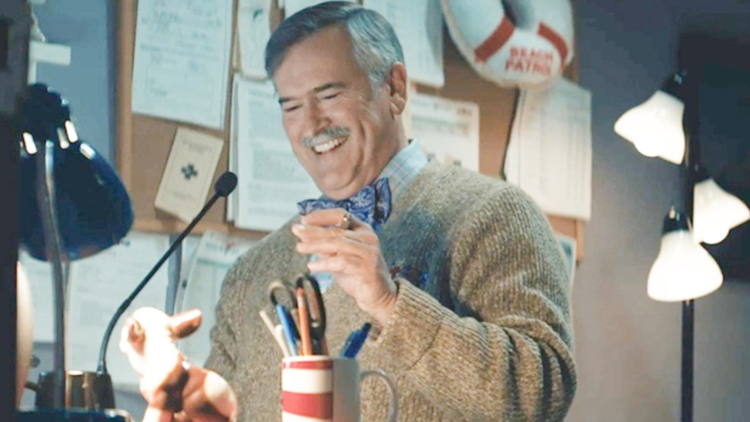 Sneaky, sneaky! As if their recent program announcement wasn’t enough, Nightmares Film Festival has announced an additional three special screenings. The festival kicks off Thursday, October 21 at Gateway Film Center in Columbus, Ohio and now it will close out on Sunday, October 24, with an even bigger bang: a grand finale of a day that now also involves A24, Syfy, and genre titan Bruce Campbell!

“Nightmares is really about a genre adventure and feeling a sense of discovery, so each year, we try to have some surprises for the Sleepless hidden away in the program,” says festival co-founder Chris Hamel. “We kept this year’s second screening on Sunday a secret until now, and we think these three additional experiences are really special and add to an already industry-leading program.”

Also Read: The Best Horror Festivals in the World 2021

First on deck? A double-feature of the first two episodes of Syfy’s new Romero-inspired series, Day of the Dead. NFF will screen the inaugural episodes of the shows first season at noon on October 24, followed by a live Q&A with showrunners/executive producers Jed Elinoff and Scott Thomas. The series currently airs on Syfy on Friday nights, with the explosive premiere having just landed this weekend.

At 2 pm, the madness will continue with the Midwest premiere of the sci-fi horror comedy Black Friday!. Starring the likes of Bruce Campbell, Devon Sawa, and Michael Jai White, the film pits a group of toy store employees against a horde of parasite-infected shoppers on the titular “holiday”.

4 pm will bring the final “secret screening,” of The Humans. Stephen Karam’s directorial debut is the latest haunting feature from A24, which automatically makes it a cinematic wild card. The film stars Steven Yeun, Richard Jenkins, Beanie Feldstein, Amy Schumer, and June Squibb and will screen a full month before its primary release.

For those of you who are planning to make the trek to NFF this year, some passes are still available, though they always sell out. So if you want to make the pilgrimage this year, get on it. For more details on this year’s program, be sure to check out the official site.

Are you planning on attending Nightmares Film Festival this year? If so, what are you most excited about seeing? The features? The shorts? Hit me up on Twitter @schlocketeer! Give me your thoughts, be they about NFF 2021, horror, or just movies in general!