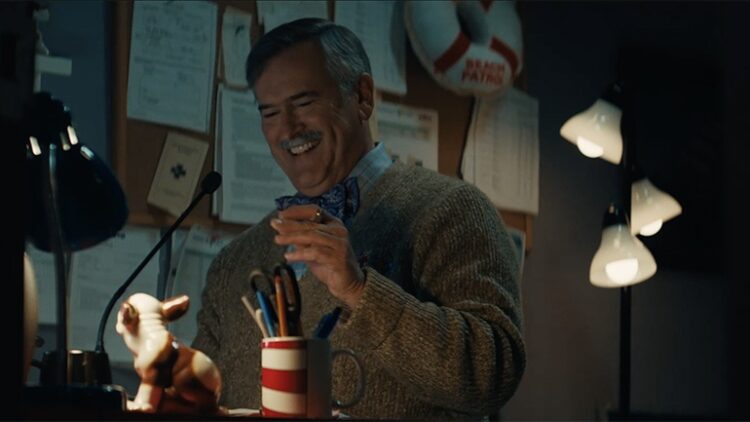 According to Variety, Screen Media has just picked up the horror-comedy Black Friday for a day-and-date release this November. The timing couldn’t be better for a monster fest set around the most infamous shopping day of the year.

Here’s a quick breakdown: “On the busiest shopping night of the year, a group of disgruntled toy store employees must defend themselves from legions of holiday shoppers when a mysterious alien parasite turns them into monstrous creatures hell-bent on a murderous rampage.”

“We’ve got two weeks left so we’re coming to an end. Bruce and I have done many many scenes together and so has Michael Jai White. The movie is bonkers and frightening. It’s going amazing. They’re getting great stuff. I couldn’t be happier. This is the first time I’ve felt like I’ve done one of these kinds of movies since Slackers or Idle Hands. It fits on that shelf.“

Sawa also described some of the insane SFX work and creature effects from legendary artist Bob Kurtzman from KNB fame. “We’ve got everything from animatronics to big tall guys in old grandma suits,” he said. “It’s nutty. It’s nutty and hysterical and frightening. Bruce is being this different character that I’ve never seen him play. Michael Jai White is kicking a little bit of ass so it’s all there, man.”

There’s been a surprising lack of buzz around Black Friday leading up to its world premiere this week at Fantastic Fest in Austin, Texas. That should change quickly, especially if what we’ve heard about the ending is true.

As soon as the trailer drops, we’ll have it for you. If Black Friday is successful, maybe we’ll get a sequel called Cyber Monday if we’re lucky. I’m there for that, too.