Rebook and 'Ghostbusters' team up (again!) on a new series of killer kicks featuring characters from 'Afterlife'! 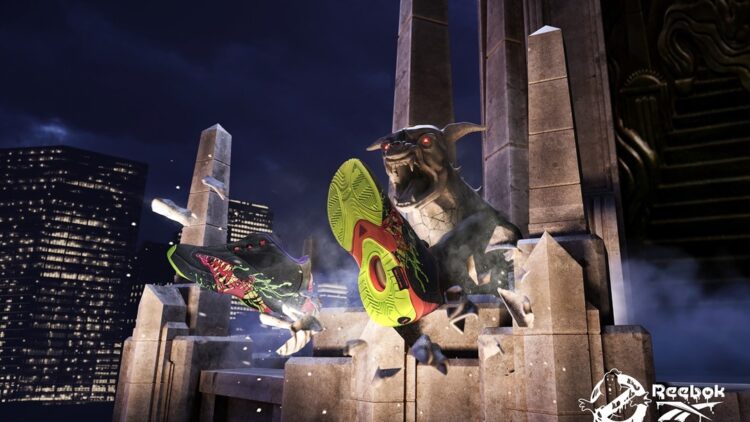 Following the successful first line between the two brands which launched in October 2020, Reebok has come back with an even larger collection. Various pieces of footwear in this second capsule draw inspiration from the original films. Other pieces are modeled off characters and themes featured in the highly anticipated Ghostbusters: Afterlife, which premieres exclusively in theaters on November 19th.

From director Jason Reitman and producer Ivan Reitman, comes the next chapter in the original Ghostbusters universe. The film is written by Gil Kenan and Jason Reitman.

This modern-day story combined with the nostalgia of the franchise makes it a perfect pairing with Reebok given the brand has a penchant for putting a modern twist on classic footwear designs.

The Ecto Boot is a modern take on Ghostbusters and Reebok’s OG Pump shoe from the ‘80s. The shoe features a utilitarian theme. It incorporates supportive, functional elements including the abrasion-resistant medial side toe and TPU heel cap, neoprene heel collar and speed lacing system. Available in unisex sizing.

All details on this Zig Kinetica are designed to emulate the new ghost – Muncher – that appears in the upcoming film. The silhouette is semi-translucent and glows in the dark from the vamp and collar to the transparent mono mesh upper. The shoe contains nods to Muncher’s ravenous metallic appetite including the tongue with a bite taken out of it, the sockliner featuring various metal snacks and the silver hits throughout the shoe. Available in adult, gradeschool, preschool and toddler sizing.

If you need to prove a ghostly encounter, try this “slimed over” Instapump Fury. Based on the psycho-reactive slime that makes an appearance in Ghostbusters II, this Instapump Fury features a semi-translucent gel print across the upper to create the look of slime and the heel clip provides some extra street cred with the text “PROOF OF A GHOSTLY ENCOUNTER.” Available in adult and toddler sizing.

This Answer IV marks the first time the Terror Dogs make their way onto footwear. Hidden details and upper materials – including nubuck and cracked leather – are all inspired by the grisly characters from the iconic franchise. The shoe also features a glow–in–the-dark outsole, slobber details and red eyelets. The latter represents the frightening dogs glowing red eyes. Available in adult sizing.

The Mini-Pufts, a group of little terrors, make an appearance on this kid’s silhouette. It features the iconic white, red and black color scheme in addition to a pack of Mini-Pufts fighting one another. As if the Mini-Pufts are melting, the upper features a white drip that bleeds onto the caution stripe midsole. Available in grade school, preschool and toddler sizing.

Select pieces of the footwear line – including the Ecto Boot and Answer IV – come in specialized packaging paying homage to characters and details from Ghostbusters films, new and old, as well as Reebok’s historic footwear models. The collection is also completed with two sweatshirts, the first of which is best paired with the Answer IV and the second of which with the Zig Kinetica.

Are you a fan of Ghostbusters and/or Reebok shoes? What do you think of their new footwear collection based on Ghostbusters: Afterlife? Let us know in the comments below or on Facebook, Twitter, or Instagram! You can also carry on the convo with me personally on Twitter @josh_millican. Dread Central is now on Google News!