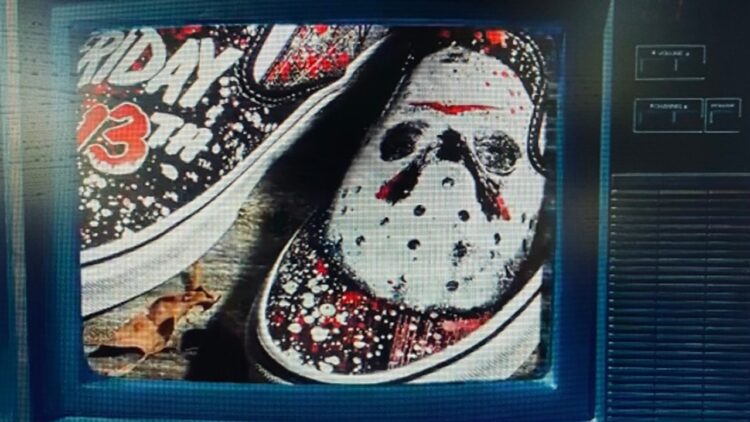 As a skater, I’ve always enjoyed Vans for their wide, flat soles that keep my feet firmly planted on grip-tape. As a horror fan, I can’t resist genre-themed merch and fashion. So it was with me in mind, perhaps, that the iconic footwear brand has announced a new line of horror-themed kicks coming out in October!

The folks at Vans took to Twitter to announce their new line, featuring shoes based on IT, A Nightmare on Elm Street, Friday the 13th, and The Shining.

The IT shoes sport Pennywise’s signature red balloons on a traditional slip-on. The Friday the 13th shoes are also of the slip-on variety and feature Jason Voorhees’ iconic hockey mask. The Nightmare on Elm Street kicks feature the red and green stripes of Freddy Kruguer’s sweater on a high-top. The Shining shoes are also high-tops and sport traditional poster art and a menacing “Redrum” scrawled around the seal.

No word yet on an exact order date for these horror kicks, but you can stay up-to-day by visiting Vans’ official website, here.

What do you think of these new horror kicks from Vans? Let us know in the comments below or on Facebook, Twitter, or Instagram. You can also carry on the convo with me personally on Twitter @josh_millican. Dread Central is now on Google News.

Share:
Tags: A Nightmare on Elm Street Friday the 13th The Shining Vans