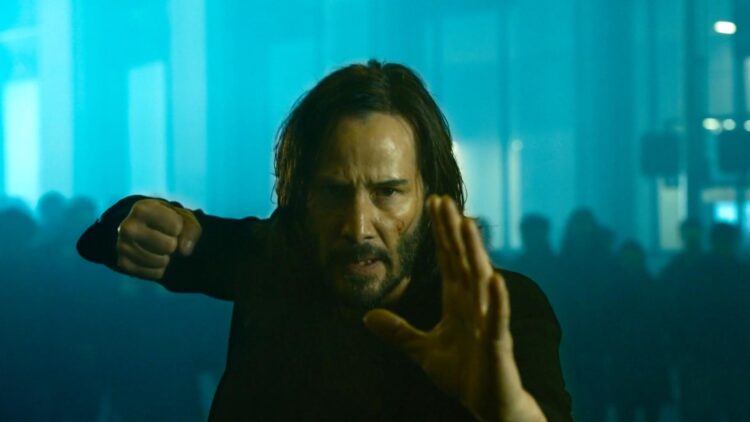 It’s been almost two decades since we’ve entered The Matrix, but that’s about to change. While it’s no secret that The Matrix Resurrections was coming our way, today we’ve got our first look into the fourth film.

A new website has appeared: WhatIsTheMatrix.com is an interactive site containing the very first footage from the highly anticipated sequel. However, it’s not as easy as clicking a link. This is The Matrix franchise, after all. But if you know what you’re looking for, the new footage is ready at your fingertips.

One of the coolest new features is the voice of Yaha Abdul-Mateen, the emerging star who made Candyman his own last weekend. He talks over footage of Keanu Reeves, saying “This is the moment for you to show us what is real. Right now you believe it’s…” his character says the time you accessed the site “…but that couldn’t be further from the truth. Could be this is the first day of the rest of your life, but if you want it, you gotta fight for it.”

But here’s the twist:

There are over 180,000 possible video variations to receive depending on the choices you make. Each video features brand new footage from The Matrix Resurrections with voice-over narration from different cast members.

The first film in The Matrix franchise was released in 1999 to universal acclaim. The story involved a dystopian future where machines exploit humans for energy as they sleep in a waking virtual simulation known as The Matrix. When a young computer programmer nicknamed Neo is freed from simulation, he makes way on a hero’s journey to liberate humankind. It was followed by two sequels, The Matrix Reloaded and The Matrix Revolutions.

The Matrix Resurrections will premiere in theaters and on HBO Max December 22, 2021.