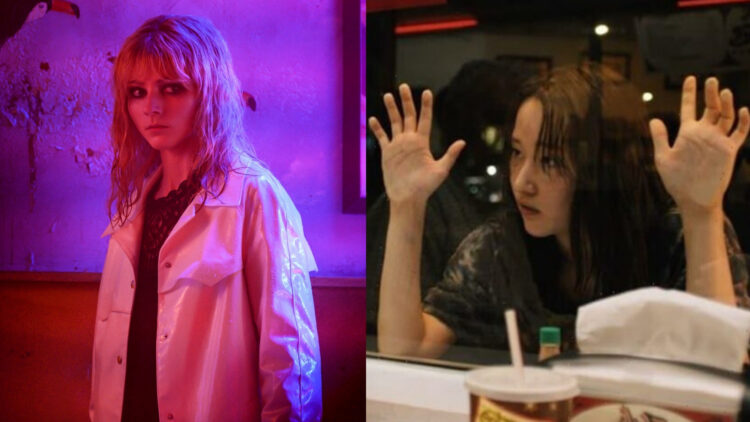 Among the festival’s headline galas is Last Night in Soho, Edgar Wright’s time-hopping horror fantasy in which a young woman (Anya Taylor-Joy) is transported back to the 1960s. The Feast, director Lee Haven Jones’ Welsh-language horror debut, will compete for the Sutherland Award in the First Feature Competition.

London Film Festival’s “Cult” section will showcase an array of fresh genre discoveries from around the world.

In La abuela, a new horror film from director Paco Plaza, a young woman’s stay with her beloved nana turns into a living nightmare. Ruth Paxton’s much buzzed-about debut psych-horror, A Banquet, follows a teenage girl who undergoes a disturbing transformation. Director Rob Savage follows up his horror hit Host with DASHCAM, a film about a COVID-denying vlogger from Blumhouse Productions.

No British horror program would be complete without exciting new gothic titles.

Charlotte Colbert’s gothic chiller She Will tells the story of an aging actor recovering from a mastectomy who taps into a mysterious power at a Scottish retreat. And in Shepherd, the gothic debut from writer-director Russell Owen, a grief-stricken shepherd is overtaken by malevolent forces after his wife unexpectedly dies.

Series creators Dominique Rocher and Eric Forestier will showcase the first three episodes of The Rope. The French miniseries follows a team of scientists whose faith and survival skills are tested when they discover a mysterious rope in the middle of a forest.

London Film Festival will be presented both in-person and virtually, replicating some of its successful 2020 edition while expanding to a larger scale model. The 12-day fest runs October 6-17, 2021.

The fest’s flagship venue, BFI Southbank, and its gala venue, Southbank Centre’s Royal Festival Hall, will host much of the action. Films will also screen in various cinemas throughout London’s West End. Beyond its genre slate, audiences will be treated to documentary, animation, and restored classics from the world’s archives.