Ari Aster’s Hereditary is a film that’s already had volumes written about it, and it’s likely to be discussed among horror fans and academics for generations. The same will probably be true for his immensely different yet equally unsettling sophomore outing, Midsommar, which just hit theaters nationwide on July 3rd.

Related Article: Before You See the Film: This Looper Video is a Perfect Primer for MIDSOMMAR

If you’re one of the many who have already seen Midsommar, you’ve probably been replaying that hallucinatory and urgent ending in your mind in an attempt to make sense of it all. Expect hundreds of essay and video examinations of the film to hit the net in the coming weeks, like the ones we shared recently from WatchMojo and Insider, and Looper.

Related Article: Nothing But Spoilers! Insider Video Breaks Down That Shocking Ending of MIDSOMMAR

The latest outlet to wrap their collective brains around the ending of Midsommar is GameSpot Universe. Check out Adam Mason and Chris Morris’s breakdown in the video embedded at the top of the article.

If you’ve yet to see Midsommar for yourself, bookmark this page and come back later. You can check out the synopsis and trailer for the film below.

Synopsis:
A couple travel to Sweden to visit their friend’s rural hometown for its fabled midsummer festival, but what begins as an idyllic retreat quickly devolves into an increasingly violent and bizarre competition at the hands of a pagan cult.

Have you seen Midsommar yet? What do you think of GameSpot Universe’s breakdown of the film’s ending? Let us know in the comments below or on Facebook, Twitter, or Instagram! You can also carry on the convo with me personally on Twitter @josh_millican. 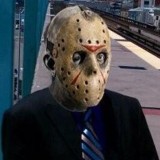