The Quick and the Dead (1995)
Raimi showed just how versatile he could be as a director upon the release of The Quick and the Dead. Because after directing Evil Dead 2, Darkman and Army of Darkness, what would be the next logical step but a western starring Sharon Stone as a female gunslinger? Somehow, the movie actually kicked ass, and Raimi could add another genre to his directorial cap. Filled with an outstanding cast in addition to Stone, which included Gene Hackman, Russell Crowe, Leonardo DiCaprio starring and Lance Henriksen, Tobin Bell and Gary Sinise in smaller roles, The Quick and the Dead definitely had the acting talent to succeed. Unfortunately, due to heavy competition at the box office and any number of other reasons, it struggled to find viewers, even with Stone’s performance being praised by critics. Although it will never be hailed as the greatest Sam Raimi film, The Quick and the Dead showed the versatility of the director and his fearlessness to dive into any project at all.

Spider-Man (2002) and Spider-Man 2 (2004)
Along came a spider. Raimi was certainly a successful director before the summer of 2002 rolled around. But after the release of Spider-Man, he became a box office superhero himself. Spider-Man became the first film to break $100 million in its opening weekend and for over four years held the record for largest opening weekend gross before being topped by Pirates of the Caribbean: Dead Man’s Chest. And, aside from the hype and money haul, Spider-Man was a great film. With an amazing villain (Willem Dafoe’s Green Goblin), a super hero (Tobey Maguire as your friendly neighborhood Spider-Man) and superb supporting cast and cameo appearances (Kirsten Dunst, James Franco in supporting roles and cameos by Randy “Macho Man” Savage, Bruce Campbell, Ted Raimi, Stan Lee and Lucy Lawless), Spider-Man was fantastic. Spider-Man 2 returned with the cast intact and brought an even better villain to the table with Alfred Molina playing Dr. Otto Octavius (Doctor Octopus). Doc Ock looked amazing when brought to life on the big screen, as if he had just stepped out of the pages of the comics. Both films grossed around $800 million each. Spider-Man 3 was the biggest earner of the trilogy at nearly $900 million, and it would have made this list, and perhaps headlined it, if only they had moved the action along a bit better and used the beloved character Venom a bit more diligently. But for superhero movies, Spider-Man and Spider-Man 2 are top-notch!

Evil Dead 2 (1987)
This is horror’s The Empire Strikes Back, horror’s The Godfather Part II. This is the sequel that outshined the original. And to one-up something as beloved as The Evil Dead was no easy task to accomplish. But Raimi did it. By adding slapstick comedy to the mix, Raimi brought an entirely new element to the film. This time it was Bruce Campbell who absolutely ran away with the film and solidified himself as a horror star. Campbell’s outrageous physical comedy in Evil Dead 2 was outstanding. He was doing the stuff that made Jim Carrey a star while Carrey was still doing standup at Yuk-Yuks in Toronto (reality check: by 1987 Carrey already had six films under his belt, but the writer could not resist the Yuk-Yuks reference). Loaded gore and guffaws, Evil Dead 2 is just about the best time you can have with a horror movie.

Synopsis:
In the darkest hour, there’s a light that shines on every human being, but one…

Liam Neeson and Frances McDormand star in this explosive, action-packed thriller from director Sam Raimi. Dr. Peyton Westlake (Neeson) is on the verge of realizing a major breakthrough in synthetic skin when his laboratory is destroyed by gangsters. Having been burned beyond recognition and forever altered by an experimental medical procedure, Westlake becomes known as Darkman, assuming alternate identities in his quest for revenge and a new life with a former love (McDormand).

VISIT THE EVILSHOP @ AMAZON!
Got news? Click here to submit it!
Share your favorite Raimi films in the comments section below.
Image Type 1: 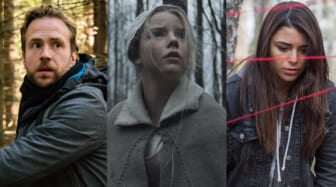 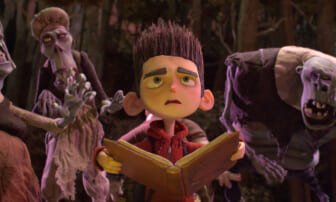 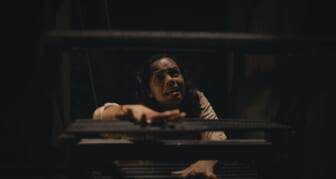 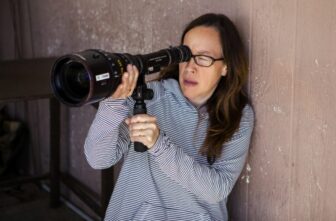