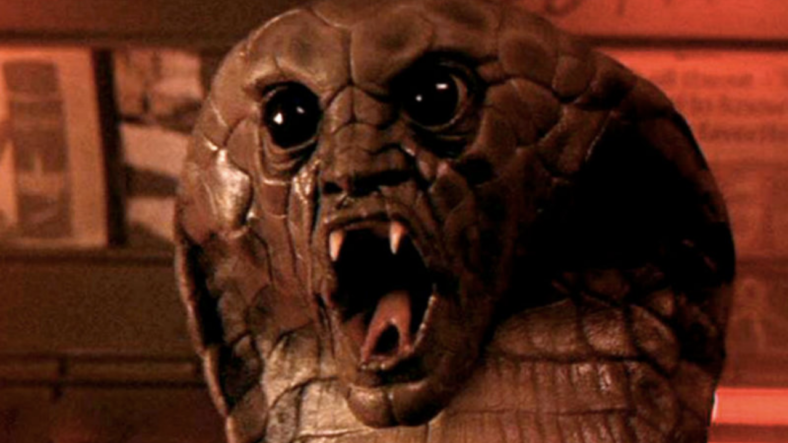 On the latest installment of The Overlook Motel, I’m looking back at Joseph Ruben’s Dreamscape. This film features a creative premise, a fantastic cast of characters, and a suspenseful denouement.

Alex (Dennis Quaid), an underachiever with profound psychic abilities, is recruited into an experimental program involving dream research. Alex puts his talents to work by entering the dreams of those plagued by chronic night terrors. What begins as a fairly routine exercise becomes more and more dangerous, as Alex takes on increasingly vexing cases, culminating with an epic showdown involving matters of national security.

Related: ‘Absentia’ is a Scrappy Horror-Thriller That Proves Less is More [The Overlook Motel]

Dreamscape boasts an especially solid cast, comprised of more than a few familiar faces. Quaid is pitch-perfect as Alex, the perpetual slacker with boyish good looks and charm, who finds himself tasked with finally living up to his potential. His character arc sees him grow a great deal throughout the film and the man Alex eventually grows into is easy to invest in.

Kate Capshaw (Mrs. Steven Spielberg) is equally likable as Dr. Jane DeVries, the female lead and Alex’s eventual love interest. She is Alex’s polar opposite but the pair balance one another out nicely, making for an engaging on-screen coupling.

The incredibly talented and ever-versatile Max von Sydow is a shade under-utilized here. But he’s still quite memorable in his turn as Dr. Paul Novotny. The late thespian brings humanity and a likable charm to the character. I only wish we got to see a bit more of him.

Superb cast aside, I should warn potential viewers that the effects are more than a little dated by today’s standards. One of the major dream sequences, filmed with Claymation, certainly reveals the film’s vintage. Some may find the FX a touch cheesy, compared to the sleeker look of the VFX that accompanies so many contemporary releases. But for me, the film’s crude effects have a quaint charm and harken back to a simpler time.

The film’s inventive narrative should hopefully make up for any misgivings about the effects work. The way the picture fuses real life with the dream world in a compelling and frightening way is quite thrilling, leading up to a third act that features a gripping, dream world showdown between good and evil.

Related: ‘Zombeavers’ is So Much Better Than it Sounds [The Overlook Motel]

The film wasn’t a box office bomb but it wasn’t a smash hit, either. I have to wonder if, over time, it has been eclipsed by fellow 1984 release, A Nightmare on Elm Street, with which it shares a certain number of thematic similarities. While Dreamscape isn’t quite as effective as Elm Street, it is, nonetheless a thrilling and imaginative good time that is well worth seeking out.

Dreamscape has a few fairly intense sequences but this is the type of flick that you might just be able to share with your older children that understand the difference between real and make-believe. Interestingly, it was only the second film ever to sport the PG-13 rating classification. Accordingly, Dreamscape is a bit of a gateway genre picture. Yes, it’s horror-infused science fiction. But it isn’t overly graphic or sexually explicit. I saw it for the first time as an adult. But I suspect I’d have enjoyed it even more had I happened upon it in my formative years.

As of the publication of this post, Dreamscape is available to stream for free (with ads) via YouTube Movies and Shows and is also playing on Shout! Factory TV.