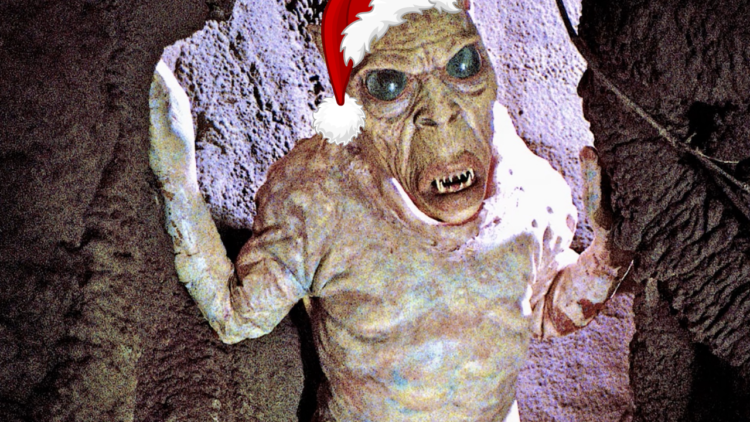 I recently discovered the fascinating overlap of horror directors and Hallmark Christmas movie directors. It sounds silly, but quite a few horror filmmakers either got their start with Hallmark, or transitioned to making them after, or during, their horror careers. It’s an incredibly specific relationship but there’s a reason: both are pretty cheap to make and require a quick turnaround. I spoke to Justin Dyck, director of Anything for Jackson, earlier this year who has made over 15 Hallmark Christmas movies since 2016. Some notable titles include Christmas With A Prince, Christmas Wedding Planner and Christmas Catch. For Dyck, it was a way to get his foot in the door and prove his ability to make movies for cheap, as well as hone his filmmaking skills. Plus, it’s steady work that can help fund side projects.

Dyck isn’t the only one who’s found luck and work in the realm of the cheesy Hallmark Christmas film. Here are a few other horror filmmakers who’ve cut their teeth on whirlwind holiday romances.

Michael Varrati is a queer filmmaker and screenwriter who’s made several horror shorts, including one included in Deathcember. He co-founded June Gloom, a horror production company focused on creating queer horror. He’s also directed 17 episodes of The Boulet Brother’s Dragula. But, before he started directing, he wrote Christmas movies, and still does to this day. When he moved to LA after doing some horror screenwriting on the East Coast, he met a Hallmark movie producer. With Varrati’s skills in horror, the producer knew he could write a script fast and with a small budget in mind. So, Varrati wrote A Christmas Reunion, starring Denise Richards, and a career was born.

I think we can all agree that Hello Mary Lou: Prom Night II is an incredible film. It’s weird, it’s funny, and it blows the original Prom Night out of the water. We have writer Ron Oliver to thank for that. He went on to make his directorial debut with the third Prom Night film. And now? Oliver is a prolific Hallmark Christmas moviemaker, recently directing Peacock’s Housewives of the North Pole. And he absolutely loves it. He told the L.A. Times that “none of [his previous work] has had the resonance with audiences that my Christmas movies have.” Apparently, Hallmark fans give horror lovers a run for their money.

Tibor Takács directed the terrifying kid’s horror film The Gate in 1987. It’s a film that scarred a lot of 80s and 90s kids. Plus it features a baby Stephen Dorff. But, since then, while Takács has done some SyFy movies like Ice Spiders, he’s found a career in the Hallmark space. Between low-budget horror, he’s made films such as Once Upon A Christmas and Rocky Moutain Christmas. So next time you watch The Gate, think about Takács incredible range and his dual life in horror and holiday movies.

In 2010, Steve R. Monroe remade the iconic and disturbing rape-revenge film I Spit On Your Grave, as well as its 2013 sequel. So it may come as a surprise that he’s a prolific Hallmark movie director with over 20 films under his belt since 2016. That kind of output is impressive, showing the hustle of horror filmmakers looking to ensure they can fund their dream projects.

“I always wanted to make what I could sell. So I just promised myself that I would not be set in my ways. If somebody said, ‘Look, we need a horror film, we need a creature feature, we need a Western, we need a period costume drama,’ I was able to put it together pretty quickly.”

That quote foreshadowed what was to come in his career. And hey, good on DeCoteau for shifting towards what will make him that money, honey.

Bob Clark didn’t make a Hallmark Christmas movie, but he sure made one of the best holiday movies out there. The Black Christmas director is also responsible for the 1983 classic A Christmas Story. Talk about range. Clark can go from the horrifying phone calls of the murderous Billy to the BB gun-loving Ralphie who’s just trying to survive the holidays. While the subjects are incredibly different, there’s an air of dark humor running through both that marks both films with his signature style.