Black Final Femmes: 10 More Black Women Who Make It To The End

Sharai is back with 10 more Black Final Femmes that survived their respective horror movies! 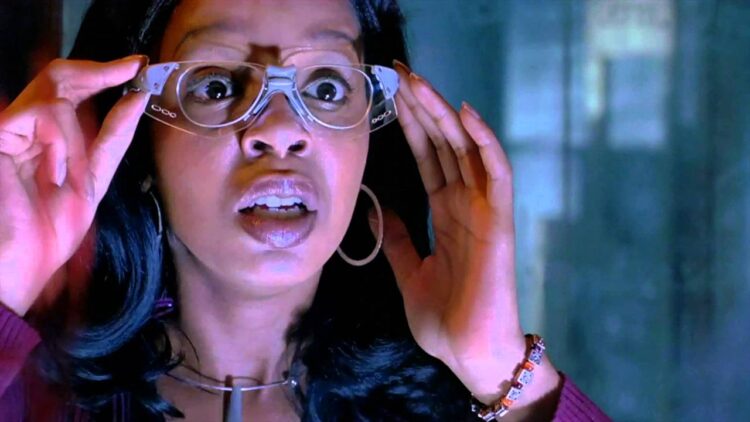 A few weeks ago, I wrote an article listing 10 Final Black Femmes that lived to the end of a horror movie. Even though the genre is notorious for disposing of people who look like me quickly and, often for the silliest reasons, the exercise reminded me that tens more characters belong to this specific category. I decided to forget that this number is embarrassingly small when you remember that film has been dazzling people since the late 1880s. So instead I focused on another group from the tens of movies that have Black Final Femmes.

Selena is one of the most traumatized femmes on the list, but never waivers or hesitates on her quest for survival. She constantly saves those around her, has the personality traits of a strong leader, adapts quickly, works exceptionally well under pressure, and has the survival instincts I wish we saw more of in zombie movies. Selena is also not afraid to get her hands dirty and stays armed at all times. I was happy she made it to the end of the movie because she was the only character that deserved to live.

Charlotte is a grieving pregnant woman who is starting to wonder if her in-laws have her and her unborn child’s best interests at heart. Charlotte is not only a final femme fighting for two but is also fighting to figure out what the truth is in this confusing home that she finds herself trapped in. As a viewer, I was constantly worried about Charlotte making it to the end of the movie. I was also concerned about what would happen if she did go into labor in a foreign place.

Technically, Maggie is one of two final femmes and one of a lot more people to survive this movie, but she still belongs on this list. Maggie is smart, caring, cool, has the basic survival instincts that most characters in this film do not, and ultimately saves the family that she is nannying for without sacrificing herself. This often-overlooked icon was also Rah Digga’s first role.

There will also never be enough Claras in the genre. Clara is kind but direct, caring to a fault, and relatable to all of us who are trying to find a survival gig and make it to the end of the week. Clara’s humanity and ability to problem solve, keep her grounded in this queer werewolf fairytale horror fantasy. Her big heart leads her to take on quite a huge responsibility as she finds herself raising a child that will have quite a few unique growing pains that she might not survive.

Coco Jones’ Rita easily steals the movie every time she walks on screen. She believes the lead trio when they tell her there are gentrifying vampires on the block, has the knowledge to help them defeat the enemy, and she also has some of the funniest lines of the whole movie. She also draws clear boundaries of how she will be fitting into this group and is just effortlessly cool and engaging. While tons of people survive this movie, Rita is easily the one we know we never had to worry about because she is the one that was ready for this.

Not only is Eve living her best southern gothic realness, but she is also a child living in the chaotic world caused by the adults in her own family who are supposed to protect her. I cannot blame her for turning to witchcraft to punish her father. I believe this is secretly a movie in the “good for her” sub-genre depending on how we interpret the ending. Eve was the first time I saw myself in the genre as a child. She is the patron saint of young girls who have the weight of the world on their tiny shoulders.

Nyla is the friend you want on your side when shit goes down. She is the adult-ish friend in the group that will come up with the game plan, help you figure out how to pivot when the plan falls through, and then be one of the first to basically say, “fuck it!” and chase after the serial killer when it is crunch time. If more horror movies had a Nyla in the central squad, then maybe more squads would survive to the end of these movies.

Karla Wilson, I Still Know What You Did Last Summer (1998)

The ’90s started this trend of giving white final girls one Black friend in college and then killing them off in the most ridiculous ways. So, we all assumed this would be Karla’s destiny when we saw she was hanging out with Julie James. This unspoken rule is why we found Karla popping up at the end to be the most surprising moment of the whole movie. While the movie is meh, watching Karla get thrown on (or through) every part of the resort is a fun time. Seeing her get up and keep running is a testament to her athleticism and dedication to surviving this mess.

If there is one thing we should all be able to agree on, it is that neither of the Alien or Predator franchises is particularly kind to Black people. So, Sanaa Lathan’s Lex makes history twice with just one movie. Lex is resourceful, smart, strong, and even gains the respect of the Predators for her part in defeating the alien queen.

When Diana’s fiancé is murdered she turns to voodoo and raises an army of zombies to get revenge. Not only does Diana get revenge, but she is also a style icon that is not afraid to throw a punch with, or without, her undead army around. This movie is one of my favorites from the Blaxploitation era. I will die on the hill that it feels like an origin story for the greatest superhero we never got.

Let me know if your favorite Black Final Femmes made the list @misssharai.