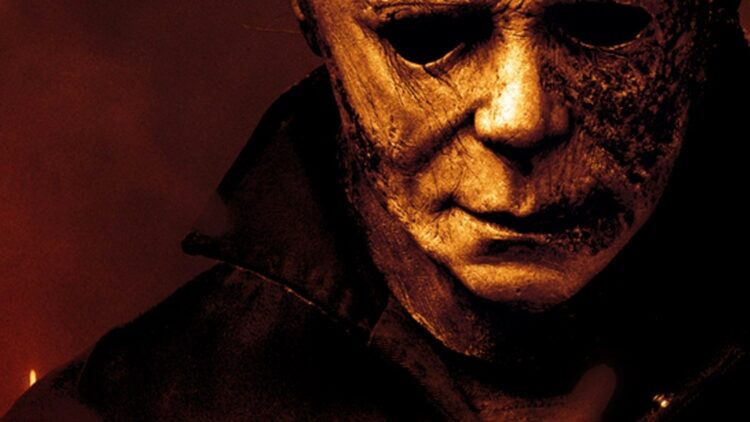 John Carpenter and Deborah Hill’s 1978 Halloween didn’t invent the home invasion horror film, although it certainly refined it. Audiences had already been semi-affected by classics like Black Christmas and Play Misty For Me, but Halloween had a few extra tricks up its sleeve. It expounded on the home invasion trope by taking the horror outside and into the quiet American suburbs. Subsequently, widening the sandbox.

Halloween Kills makes no real effort of recreating the intimate suburban horrors of the first film. Instead, writers Scott Teems, Danny McBride and David Gordon Green expand on the trope by having the suburbs fight back; doing so with varying degrees of success. Each member of the Haddonfield Hive returns with such commitment, that it can be hard to take them seriously. That said, it’s difficult not to root for these people.

Subtextually, these characters are not only regrouping to hunt down their own past traumas, but ours as well. Halloween fans have been through a lot in the past forty years. And as a collective, we’ve also survived a hellish shitstorm in between the last film and this one. A shitstorm that was also single-handedly responsible for postponing our beloved franchise for a full year. So, seeing Tommy Doyle (Anthony Michael Hall), Lindsey Wallace (Kyle Richards), Lonnie Elam (Robert Longstreet/Tristian Eggerling), Sheriff Brackett (Charles Cyphers), Nancy Chambers (Nancy Stephens), and Laurie Strode (Jamie Lee Curtis) finally regroup to earnestly defeat their collective darkness was an extremely cathartic experience for this lifelong fan of the franchise.

That said, when Michael Myers (James Jude Courtney/Nick Castle) single-handedly butchers an entire fleet of firefighters, we’re left wondering how the filmmakers expect us to believe the Haddonfield Hive stands even the slightest of chances. This brutal sequence eliminates all stakes and logic from the get-go. But realism, this is not.

The performances on display in Halloween Kills run the gamut. While I did enjoy watching the main group overact and ham up the screen from start to finish, none of them caught my attention the way some of the bit players did. Even Laurie, who I am always grateful to see on screen, did little to progress within this messy sandbox. Karen (Judy Greer) has a few interesting beats this time around, but it was still the smaller players who caught my attention.

There are three couples in Haddonfield who Michael terrorizes that turn this chapter into something better than I was expecting. First of all, husband and wife pairing Marcus (Michael Smallwood) and Vanessa (Carmela McNeal) practically steal the first act of the film. Sondra (Diva Tyler) and Phil (Lenny Clarke) are another couple who help pack a brutal, heartbreaking punch to this film’s messy middle ground. Sondra and Phil’s brutal death scene reminded me of Alice’s demise from Halloween II: scary, quiet and personal.

This Shape Is On Fire

The final marriage of Halloween Kills to steal my heart goes to queer couple Big John (Scott MacArthur) and Little John (Michael McDonald). They’re imperfect, a little strange, and successfully non-stereotypical portrayals of queer men on film. They also happen to be living in the old Myers house, having upgraded it in a reliably tasteful fashion. Michael McDonald was a pleasant surprise here, and he used his gifted comedy chops to celebrate his character’s queerness, rather than poke fun at it.

In line with the franchise’s uneven middle trilogy, part of the charm behind Halloween Kills is its outrageousness. We don’t understand why two teenagers think they stand a chance defeating Myers alone in his childhood home. It’s never explained how Michael gets from point A to point B. It’s indecipherable why new characters are ready to risk their lives for a vigilante mob they just met. And the finale is shot like a boxing match between Michael and the Hive. Its moments and imperfections like these that put this entry in line with its historical predecessors, maybe even more so than Blumhouse’s 2018 chapter.

Halloween Kills is certainly imperfect; it’s strange, kind of stupid, and always bonkers. It’s full of contradictions and terrible performances from the most important people in the room. That said, unless your Halloween film is going to tackle minimal suburban horror in a way that only the first film has ever done successfully, then I want it to be exceptionally outrageous. And, if you insist on presenting the twelfth entry with a self-serious tone, then please be completely batshit; unhinged and completely out of control from start to finish, in line with literal cult classic Halloween 6. And, you know what? I’d argue that Halloween Kills is exactly that.

Halloween Kills is in theaters and streaming on Peacock October 15, 2021.

Lastly, how are you going to be watching Halloween Kills on release day? In theatres or via your shiny new Peacock subscription? Let me on Twitter via @joshkorngut. I’m always down to chat about Michael Myers.

When it comes to Halloween films, expectation can equal resentment. Instead, maybe offer this sequel the same patience and leeway we now permit the middle trilogy of the franchise (4, 5, and 6). It’s stupid, it’s self-serious, but it’s a hell of a great time from start to finish.