Even with all its high fashion, Edgar Wright's 'Last Night in Soho' still manages to under-pack 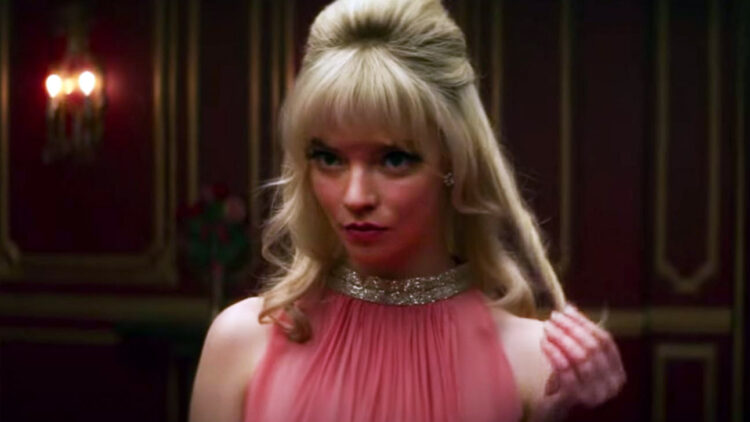 It’s easy to get caught up in the frenzy of anachronistic fantasy; to feel like you’re the only girl in the room. But you’re not, so be careful. Last Night In Soho by Edgar Wright and co-writer Krysty Wilson-Cairns dances around 1960s romanticism with expert prowess, making space for scares and heart all while offering audiences an exceptionally good time. Unfortunately, the journey itself is too predictable and undercooked to fulfill the promises made by its lengthy marketing campaign.

Whenever I hear someone say they should have been born during a different era, it’s an immediate red flag. In Last Night In Soho, Eloise (Eloise, really?) is a creative young woman who has uprooted her twee country existence to move to North London so she can study fashion design. When dormitory living isn’t the right fit, she’s quick to acquire a room in an old rowhouse in Soho. We’re reminded many times that she loves 60s fashion and music—forced markers of an interesting and elevated young person. So, of course, the new digs are perfectly in line with her Dusty Springfield fantasy. The room itself quickly acts as an intangible passageway into the life of a 1960s bar singer named Sandie (played by megastar Anya Taylor-Joy).

Romanticizing other eras is dangerous, and Wright and Wilson-Cairns nail this detail with expert brushstrokes. The fun and games we participate in while Eloise (played by Thomasin McKenzie btw) begins to live vicariously (and literally) through Sandie are standout moments throughout the first act. These segments are sure to remind audiences of the pure magic movie-going is able to conjure; I’m grateful to Wright and company for the joy these scenes brought to me after watching films on a 13-inch laptop screen for nearly two years.

The pacing here never falters. There is never a moment to be bored in Soho, which is a remarkable achievement for a film saying so many different things at once. Unfortunately, while we’re moving at a break-neck pace, many of the mysterious beats can be seen miles in advance. A murder mystery element crescendoes in the final act, but you’ll see the twist coming with time to spare. I expected more from Edgar Wright, who has done a good job of keeping me guessing in the past. And speaking of the past…

Edgar Wright is a king among men, no argument from me here. Shaun of the Dead was a creative playground well suited for the filmmaker to turn water into wine. His modern hit Baby Driver is another classic in the category of the exceptional young man. Last Night In Soho is an exciting sidestep into the realm of a young woman protagonist. Unfortunately, this terrain doesn’t suit him quite as well just yet. The two lead characters come across as half-baked honey loaves doing their best to survive under exceptional circumstances. It was a good strategy to hire Krysty Wilson-Cairns to co-write the project. Cairns co-wrote 1917 with Sam Mendes after a successful tenor as a staff writer on Penny Dreadful. Even with her by his side, Wright still seems incapable of tapping into the dark infinity pool of a woman’s psyche.

I can’t undermine what matters most, which is Soho’s ability to keep an audience joyously entertained from start to finish. This film captures the spirit of Wright’s past classics by demanding you root for the characters, no matter how terribly they behave. Half-baked leads and predictable twists aside, Last Night In Soho is a guaranteed good time.

The film circles around 1960s romanticism with expert prowess, making space for scares and heart all while offering audiences an exceptionally good time. Unfortunately, the journey itself is too predictable and undercooked to fulfill the promises made by its lengthy marketing campaign.