Fantasia Review: ‘The Righteous’ Is A Chilling Meditation on Faith

Horror in 'The Righteous' comes from the corners of the room. It favors a nuanced depiction of anxiety over traditional scares. 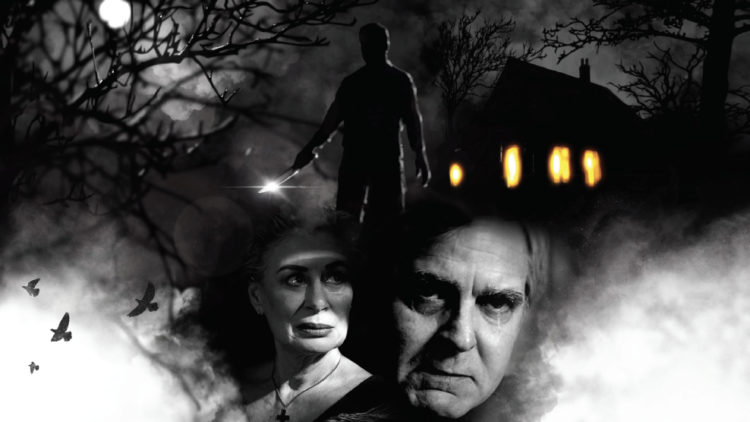 “How do I know who’s answering my prayers?,” Frederic asks in the final act of The Righteous. “Can you tell me what the voice of God sounds like?”

This haunting question is at the core of Mark O’Brien’s captivating directorial effort. It’s not so different from when Insidious posed the question: What if it’s not the house that’s haunted? It’s a hook utilized so often in modern horror that it can sometimes become cliché. Not here. The Righteous subverts the proverbial “call from inside house” trope in ways I never saw coming.

The Righteous stars Henry Czerny (Ready Or Not) as Frederic and Mimi Kuzyk (TV’s Shadowhunters) as Ethel. Together, they expertly portray a mature couple who have just suffered the loss of their young adopted daughter. Frederic, who is no longer a man of the cloth, asks the film’s first important question:

“Have you ever considered that you weren’t even with God?”

It’s something I’d imagine most religious folk have asked themselves in some way or another. Writer-director Mark O’Brien interprets that question a touch more literally than most. Frederic has a bone to pick with the big guy upstairs, and he’s serious. In fact, he’s dead serious.

Soon a young man appears on Frederic and Ethel’s property (played by O’Brien himself) in the middle of the night, requiring medical attention. This is when the slow-burning story picks up a little speed. What started as a straightforward religious drama turns into an Edward Albee-esque play of cerebral horror and existential crisis. I don’t want to give too much away, but I doubt you’ve seen anything quite like this before.

Is The Righteous too slow to be considered horror? I’ve heard this question raised. While the script could probably have used at least one more draft—and some fine-tooth combing—its stream-of-conscious narrative becomes a spiral staircase into a pool of madness. This type of confident, impulse-driven storytelling benefits from a starry-eyed newcomer like O’Brien. The horror comes from the corners of the room; it’s offering nuanced anxiety before it’s allowing any form of traditional horror.

But is it oogey-boogey scary? Sometimes.

O’ Brien’s impulses are spot on, even when the structure of the film gets lost amidst all the risk-taking. While experience brings creative growth and the honing of one’s craft, The Righteous is full of the kind of magic which can also come from an unjaded filmmaker following their instincts. I think that’s why only kids can see ghosts: They’ve yet to become jaded by the weight of the world.

That said, the look and feel of The Righteous does suffer slightly from inexperience. A more seasoned director may have foregone the choice to present the film in heavy-handed black and white. While this choice leads to moments of breathtaking beauty, The Righteous may have succeeded even more with a less self-aware visual style.

Still, The Righteous has something better for sale than expert filmmaking or a comprehensive narrative. It presents a totally fresh spin on the call from inside-the-house horror trope while triggering a sense of existential dread that lingers long past the credits. And the heartbreaking performances by Henry Czerny and Mimi Kuzyk elevate the film from a standard religious drama into the realms of Lovecraftian terror.

The Righteous presents a totally fresh spin on the call from inside-the-house horror trope. The heartbreaking performances by Henry Czerny and Mimi Kuzyk also elevate the film from a standard religious drama into the realms of a Lovecraftian terror.