Quentin Tarantino Does Not Like These Three Legendary Horror Movies 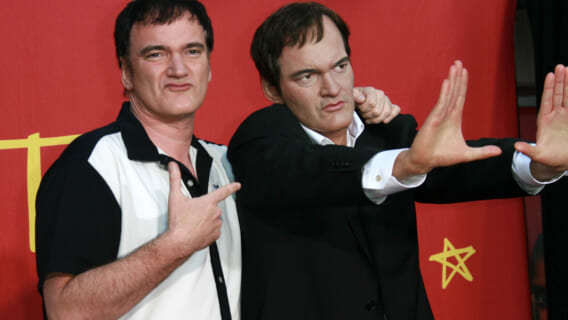 Quentin Tarantino is a filmmaker with a lot of opinions. Like so many, he started a podcast he co-hosts, The Video Archives Podcast with Quentin Tarantino and Roger Avary because he wasn’t getting enough off his chest with the regular interviews. He’s never been one to sugarcoat and has often brought up his issues with many films. At this point, it’s almost impossible to catch all of the strays he has on Akela Cooper’s internet.

Now our friends at IndieWire have managed the impossible. Journalist Alison Foreman collected 16 movies Tarantino has gone on record disliking from various interviews throughout his career. We’ve collected the three horror films on the list, and honestly, we’re plucked.

In a 1992 interview for LA Weekly (h/t Far Out), Tarantino spoke about maintaining a balanced relationship with studios. He cautioned against cozying up to big companies, but added: “If all you do is these little art films for 10 years for a million or two dollars, you’re going to climb up your own ass.”

He continued: “I’m not ragging on other people, but after I saw Twin Peaks — Fire Walk With Me at Cannes, David Lynch has disappeared so far up his own ass that I have no desire to see another David Lynch movie until I hear something different. And you know, I loved him. I loved him.” – IndieWire

Wes Craven’s 1996 slasher-turned-horror juggernaut Scream was and is widely regarded as one of the best scary movies ever made. And yet, Tarantino once argued the classic, starring Neve Campbell, Courteney Cox, and David Arquette, didn’t go far enough.

“I actually didn’t care for Wes Craven’s direction of it,” the filmmaker told Vulture in 2015. “I thought he was the iron chain attached to its ankle that kept it earthbound and stopped it from going to the Moon.” – IndieWire

“The sequels were horrible,” Tarantino complained of John Carpenter’s Halloween franchise in a 2019 Consequence of Sound interview. “They’re like fruit from a poison tree because Laurie is not the brother of the Shape.”

Criticizing the Halloween II twist that reveals Michael and Laurie are related, Tarantino said: “It’s horrible that it does that. There’s something far more scary that he’s going through in Haddonfield and it’s just her…I think they just yanked some idea out of their ass, alright, and they just talked themselves into ‘Hey, well, this is why…’ and now part two has a reason.” – IndieWire

Tarantino didn’t just have words for these iconic genre films either. His list is an equal-opportunity massacre. He also had issues with Natural Born Killers (which he wrote), a whole string of Bill Murray comedies, and the entirety of The Marvel Cinematic Universe. There are a lot of other notable gems in this freshly assembled burn book, and it’s definitely worth the read.

Let me know if you agree or disagree with Quentin Tarantino about these films. Also, let us know if any of your favorites made it on this list because we are low-key living for the carnage. Let’s chat at @misssharai.