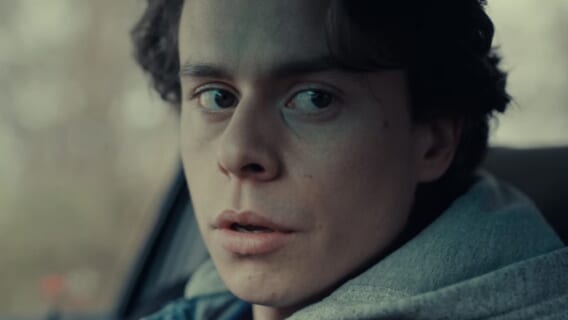 In The Lost Patient, “After waking up from a coma with no memory of the night when his entire family was murdered, a young man and his psychiatrist try to untangle the truth.”

The Netflix film hails from director Christophe Charrier who wrote it alongside Timothé Le Bouche and Elodie Namer. The thrilling new release is based on the graphic novel also penned by Timothé Le Bouche. It was released in 2019.

Charrier is perhaps best known for writing and directing I Am Jonas in 2019, a French drama starring genre regular Félix Maritaud.

Twitter also has plenty of thoughts on the intense new film; check out what viewers have to say about The Lost Patient below.

Take a peek at the international trailer for The Lost Patient

Lastly, will you be checking out The Lost Patient on Netflix? Make sure to let us know on Twitter via @DreadCentral. We’re always around to chat about all things Netflix horror!