This Controversial ‘A Quiet Place’ Theory Makes A Good Point 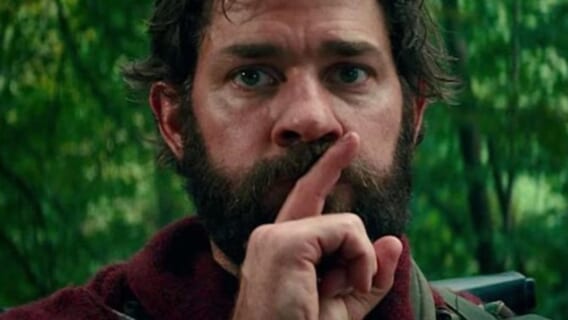 Reddit has a theory about A Quiet Place that might just have some merit. The post in question suggests that die-hard horror fans aren’t as likely to love the film, whereas those generally averse to the macabre are more inclined to embrace it.

I think there is a certain amount of merit to that theory. A Quiet Place has less gore than typical horror fare but serves up tense atmosphere and suspense. However, I wouldn’t necessarily categorize the film (or its sequel) as nightmare fuel.

Since the original post went up, several commenters have drawn comparisons to the Jurassic Park franchise, making the point that both properties have a lot of mainstream crossover appeal and aren’t necessarily geared toward gore-hounds or die-hard horror enthusiasts. Though A Quiet Place leans more into proper horror territory than the Jurassic Park series, both franchises seem to avoid getting overly explicit when it comes to the depiction of bloodshed.

There have certainly been a handful of commenters that disagreed with the sentiments outlined in the post. But a lot of the comments (and a large number of upvotes) seem to suggest the OP is on to something.

A Quiet Place was written by Bryan Woods, Scott Beck, and John Krasinski. Krasinski also directs and stars in the film as Lee Abbott, the patriarch of a family trying to survive in a dystopian existence where bloodthirsty creatures hunt by sound. Lee, his wife Evelyn (Emily Blunt), and their brood learn to adapt to their new reality but not without their fair share of complications.

A Quiet Place made more than $340 million at the global box office, with the second series installment raking in over $297 million. With numbers like that, it’s no surprise that there are two new installments in the works.

With that said, we’d like to know what you think. Do you agree that A Quiet Place is more popular with the horror averse than it is with faithful horror fans? Let us know your thoughts on Twitter!