The Mysterious Horror Movie That Continues to Top the Netflix Charts 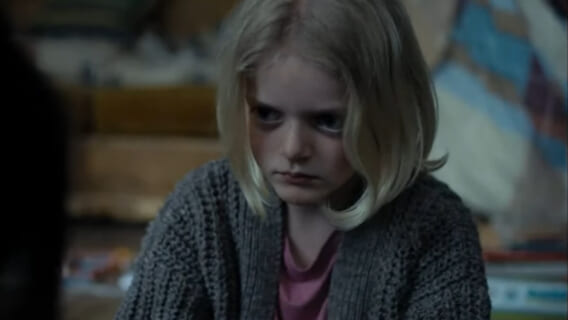 For three weeks in a row, a Spanish horror film has been consistently dominating the Netflix Top 10 charts. Starting the week of Halloween, The Chalk Line (also known as Jaula) has been the number one horror film on the Global Non-English chart. The terrifying sleeper hit is currently in fifth place overall and shows no signs of slowing down.

Described as a Spanish horror mystery and psychological thriller, The Chalk Line appeared out of nowhere a few weeks back. Some horror fans have summarised the scary movie as feeling “too real” and accounts unpacking true story allegations have been manifesting across the web. The Blair Witch Project much?

In the film, a couple finds a traumatized child of unknown origins, the two of them work together in an attempt to decipher the girl’s strange behaviors to unlock her identity and dark past.

The Chalk Line is directed by Ignacio Tatay, who also co-wrote it with Isabel Peña.

Check out the international trailer for Netflix hit The Chalk Line:

We are huge fans of all things international horror here at Dread Central, and we love to see bizarre titles like this one become massive hits. Kids in horror are also terrifying, so the odds are good that The Chalk Line will be total nightmare fuel.

Let me know if you have already seen The Chalk Line on Twitter via @DreadCentral.