Stephen King Says This Recent Horror Movie Blew Him Away: “It was crazy! Crazy GOOD!” 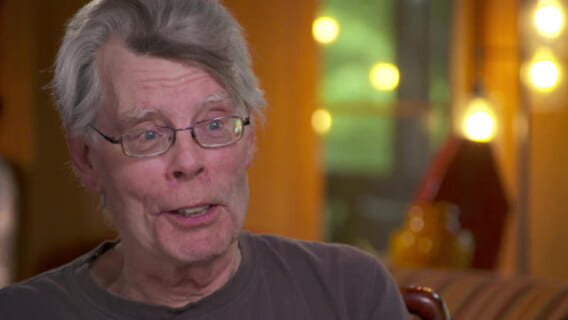 Stephen King has now confirmed what we here at Dread Central already knew. Barbarian is one of the best horror films of 2022, maybe even the decade. The King of horror took to Twitter where he voiced his approval of the surprise hit. Check out his thoughts below.

Horror fans everywhere shared a collective gasp this spooky season when the recent horror classic Barbarian from filmmaker Zach Cregger hit theaters. While the trailer for the movie left fans wondering what to expect, it wasn’t long until early reviews for the gonzo release took the Internet by storm.

Dread Central’s Editor-in-chief Mary Beth McAndrews was a big fan of the shocking title, calling it “an unpredictable, disturbing, and twisted horror experience that’ll have fans buzzing for years to come.” Check out her full review for the movie right here.

In Barbarian, a young woman traveling to Detroit for a job interview books a rental home. But when she arrives late at night, she discovers that the house is double-booked, and a strange man is already staying there. Against her better judgment, she decides to spend the evening. But she soon discovers that there’s a lot more to fear than just an unexpected house guest.

Check out what Stephen King thinks of Barbarian here:

Lastly, have you been able to check out Barbarian yet? If so, let us know what you think. Hit us up on Twitter via @DreadCentral. We’re always around to talk about all things original horror!