Frendo Lives on the Big Screen: ‘Clown in a Cornfield’ Adaptation Announced 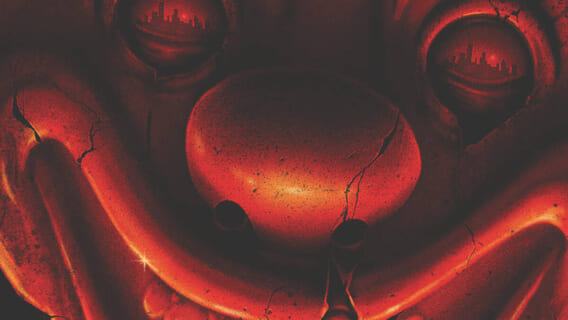 Adam Cesare took the YA horror world by storm with the launch of his novel, Clown in a Cornfield, in 2020. A distinctly cinematic slasher on page, it was only a matter of time before Frendo the clown and his cornfield savagery made its way to the big screen.

As reported by Deadline, the producers behind Smile, the little horror movie that could, are gearing up for an adaptation, with Tucker & Dale Vs. Evil director Eli Craig tapped to direct, with Carter Blanchard on scripting duties.

Producers Temple Hill Entertainment are known for their YA adaptations, including the Twilight and The Maze Runner franchise. Back in August, Cesare’s widely-anticipated sequel, Clown in a Cornfield II: Frendo Lives, debuted.

Expanding on the scope and slasher mayhem of the original, it signaled the titular Frendo as a slasher icon to reckon with. Better still, packaged within the announcement is news that Cesare is presently working on a third entry in the series.

In a joint statement, Temple Hill producers said, “We love Eli Craig’s brand of scary fun and are thrilled to be working with him on this terrifying slasher adaptation that is both timely and timeless.”

Both the original novel and its sequel interrogate contemporary tribal politics and generational conflict within the framework of a classic eighties slasher. They’re remarkably breezy, terrifying, and existential in a way few YA horror novels manage.

Given the success of both Smile and Warner Bros. It adaptation, there’s little doubt Clown in a Cornfield is poised to be a bonafide box office success when it releases.

Tags: Clown In a Cornfield