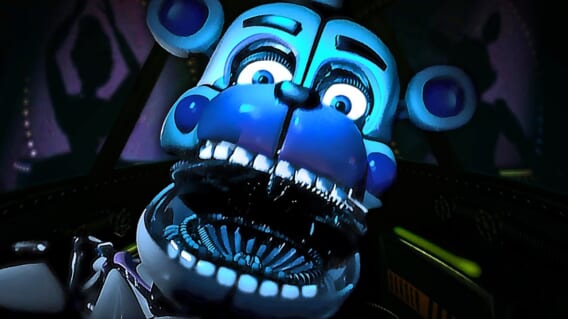 Fans of Five Nights At Freddy’s have had a tough few years. The highly anticipated new movie adaptation was announced at Blumhouse long ago but has had a bumpy ride through pre-production. The passionate fanbase behind the horror franchise has been very vocal about their desire to see a feature film adaptation, and executive producer Jason Blum has heard their calls. Now the Five Nights at Freddy’s movie is OFFICIALLY happening, with a production start date in hand and a brand new director.

So who is directing the hot new Blumhouse title? Emma Tammi, the director of the Canadian prestige horror outing The Wind is officially signed on for the project which is slated to start shooting in February 2023. The Jim Henson Creature Shop has been tapped to create the animatronics for the movie, which is a great sign. These details were spilled via Jason Blum on Twitter last night. See his Tweet below.

If you’ve ever seen the comments on Blum’s Twitter feed, you’ve clocked the constant cries demanding news on the Five Nights at Freddy’s movie adaptation. We are happy to report that fans now have some real news to celebrate with.

The FNAF games are about a night shift employee at a birthday party venue crammed with terrifying animatronic creatures. Unfortunately, they’re alive and they really want to see you dead. The franchise has since seen a fistful of sequels and spin-offs, giving the filmmaker lots to work with.

For more information on the troubled FNAF film adaptation check out the Development Hell podcast episode on the subject:

Lastly, are you excited to see how the Five Nights at Freddy’s movie will turn out over at Blumhouse? Let us know on Twitter via @DreadCentral. We’re always around to chat about all things FNAF!