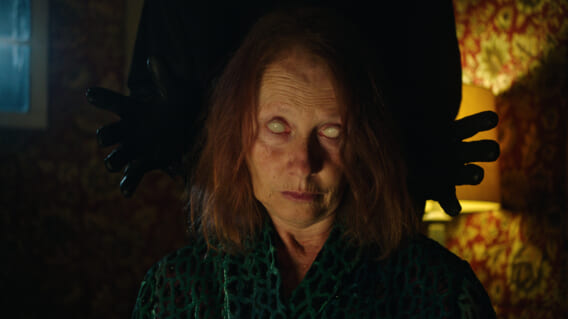 As the days get shorter and the veil between the realms of the living and dead gets thinner and thinner, the world gets just a little more witchy. If you’re a lover of the occult, then you’re definitely going to want to check out Two Witches, the first feature film from writer/director Pierre Tsigaridis.

Expectant young mother Sarah is convinced she has been given the evil eye from a mysterious  blank-eyed old hag while she is dining with her bullish and insensitive partner Simon.  When the couple goes to visit his new-agey friends Dustin and Melissa, dark forces are unleashed after an ill-advised attempt at consulting an Ouija board to allay her fears. Meanwhile, tensions grow between grad school student Rachel and her new roommate Masha after a violent incident involving a man that the strange and impulsive young woman has brought home.

Check out the creepy trailer:

Two Witches had its World Premiere at the Salem Horror Film Festival in 2021, and screened at festivals such as Grimmfest and Sitges.