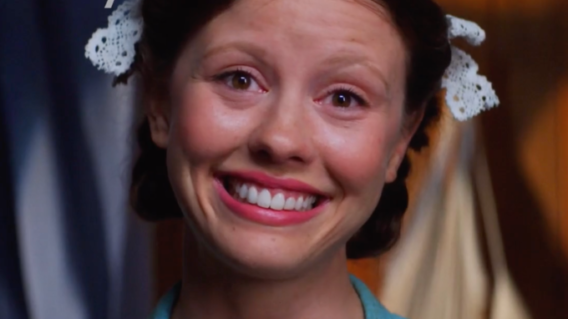 The Toronto International Film Festival is back in full swing this year, with an all-in-person event. As always the festival is showcasing some of the most exciting new titles the world of film has to offer. Of course, our favorite part of the event is always Midnight Madness, a program dedicated to the genre and the boundary-pushing nature of fringe cinema. Previous horror classics to receive their World Premiere in the program include Candyman (1992) and Halloween (2018).

This year’s Midnight Madness unveiling is as exciting as ever, with a mix of genre titles from all over the world. The horror quota for this year’s festival is also strong, with faces familiar and new. Kevin Williamson makes his screenwriting return with social slasher Sick, while X origin story Pearl makes her North American debut. We also can’t wait to witness V/H/S/99, the sure-to-be twisted and outrageous next chapter in the long-running horror franchise.

The Blackening – World Premiere – Director: Tim Story
“Based on 3Peat Comedy’s acclaimed sketch of the same name, director Tim Story’s savvy and vicious skewering of genre film tropes poses the sardonic question: if the entire cast of a horror movie is Black, who dies first?”

V/H/S/99 – World Premiere – Multiple Directors
“Set at the dawn of a new millennium, the perennial horror anthology series returns with its most innovative mixtape of “found-footage” thrills yet.”

Lastly, what do you think? Which TIFF Midnight Madness selection are you most excited for? Let me know on Twitter via @joshkorngut. As a Toronto-bound guy myself, I’m always around to chat about all things Midnight Madness!