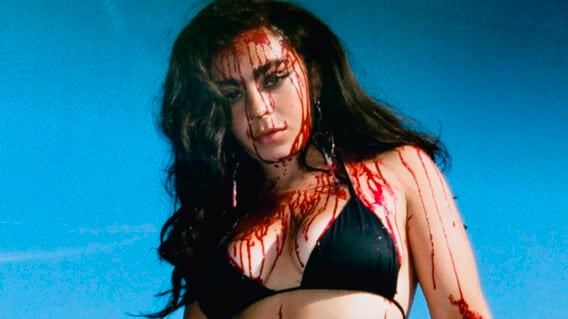 Are you a hot girl? You’ll feel like one after diving into the new theme song for A24 horror outing Bodies, Bodies, Bodies by pop legend Charli XCX. Today she releases ‘Hot Girl’, via the newly formed A24 Music and Atlantic Records. Charli was invited to create the original song for A24’s soon-to-be-released hilarious murder mystery. ‘Hot Girl’ was written by Charli and produced by George Daniel of The 1975.

‘Hot Girl’ is a cool, self-assured counterculture track delivered in Charli’s iconic style that perfectly underlines the tone of the Gen Z satire, portrayed in the film by the astounding ensemble cast. With lyrics to rival the vocabulary of the most popular mean girl such as ‘I’m a hot girl and I come in different flavors, all the hot boys got me as their screensavers’, ‘Hot Girl’ is destined to soundtrack the summer and standalone as a huge cult hit.

No newbie to the genre, Charli XCX released her blazing fifth studio album CRASH this year, her most critically acclaimed body of work to date, and was awarded her first #1 record in the UK and #7 in the US in her debut week. CRASH was inspired by the David Cronenberg film of the same name, with deathly pulsating beats set to blood-soaked and sex-drenched visuals. Horror/pop crossover fans should definitely check out this brutal album ASAP.

‘Hot Girl’ is out now via A24 Music and Atlantic Records here.