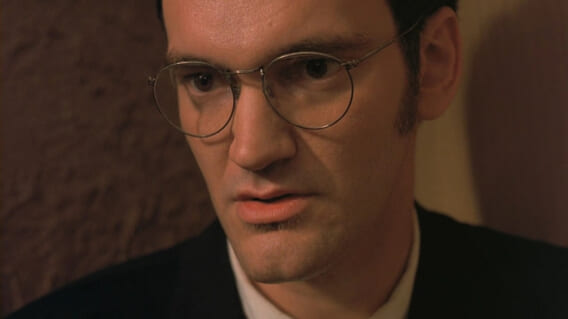 In a recent conversation with The Tonight Show, filmmaker Quentin Tarantino reveals which violent horror movie he wishes he could have directed. Japanese terror title Battle Royale is brutal, thoughtful, and as relevant as ever. The director discloses his love of this scary classic, and why he wishes he could have created it himself.

Talking with guest host Dana Carvey, Tarantino reveals why Battle Royale is so close to his heart. He said:

Battle Royale is a 2000 Japanese dystopian action film directed by Kinji Fukasaku. The film tells the story of a group of junior high school students isolated on an island and forced to fight to the death. While the tone of this horror classic is fun, it also has serious thematic undertones that are as relevant as ever.

Kinji Fukasaku was a Japanese film director, screenwriter, and producer most known for directing Battle Royale. After making a number of samurai films in the 60s, Fukasaku shifted to crime films such as Street Fighter.

Check out the full Quentin Tarantino interview on The Tonight Show

While often exciting and grotesque, Tarantino’s own work so rarely branches into straightforward horror. Best known for his work on Reservoir Dogs, Pulp Fiction, Jackie Brown, Django Unchained, and The Hateful Eight, the director has only produced one true horror film.

Quentin Tarantino’s Death Proof is an interesting foray into the genre. The film, which is part of the Grindhouse anthology, is technically a slasher film, but with Tarantino’s trademark flair. Many fans were divided on the movie, with some loving the over-the-top violence and others finding it tiresome. To this day it stands as his only traditionally horror output.

Lastly, what do you think? What would a Quentin Tarantino version of Battle Royale look like? And should the director consider delving into a remake? Let me know on Twitter via @joshkorngut. I’m always around to chat about all things, Tarantino!