We love you Wes. 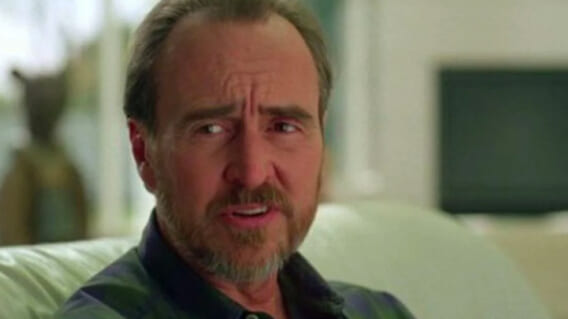 Of course, Scream and A Nightmare on Elm Street are properties that will continue to inspire generations of filmmakers and fans to come, but what about the horror films that fueled Craven’s own nightmares? What are the touchstones of scary cinema that inspired the master himself? Today we are diving into Wes Craven’s self-declared list of his top ten favorite horror movies ever made. Craven initially shared these via an article in The Daily Beast. See the full list below.

The first film noted by Craven is the 1973 masterwork Don’t Look Now. Directed by Nicolas Roeg and based on a short story by the iconic Daphne du Maurier, Don’t Look Now is a chilling portrayal of grief in the aftermath of unspeakable tragedy. Donald Sutherland delivers an unforgettable lead performance here as a man who visits Venice with his wife after the loss of their young daughter. Horror fans will remember the shocking ending which will stay with you forever.

Another classic title of note from Craven’s list is The Virgin Spring. The story reveals two young women who are attacked in nature by a pack of violent shepherds. It’s an unflinching portrayal of innocence lost and would become the base inspiration for Craven’s first feature film The Last House on the Left. While the assault and murder of the young women are shocking to be sure, it was the revenge plotline which struck Craven as especially terrifying.

Here are Wes Craven’s ten favorite horror movies ever made:

A final title of significant note on Wes Craven’s list of horror favorites is the 1922 German Expressionist landmark Nosferatu. A classic portrayal of Dracula, this film is famous for the particularly frightening look of its antagonist. Craven was so inspired by the way Nosferatu was portrayed, that it became the inspiration for him to cast Michael Berryman in his own horror classic The Hills Have Eyes.

Lastly, how many of Wes Craven’s favorite horror films have you seen? Let me know on Twitter via @joshkorngut. I’m always around to chat about all things Wes Craven!