The Top 10 True Crime Documentaries, According to Ranker 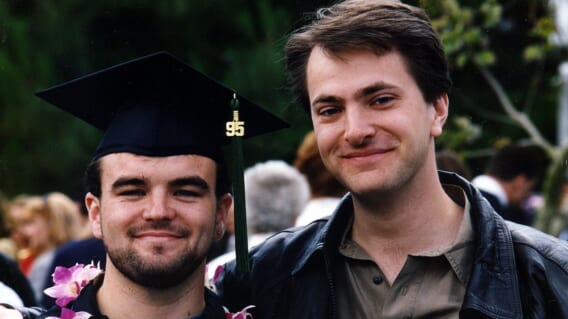 A really good true-crime documentary is often a whole lot more terrifying than a well-crafted horror film. The dread and terror of real-life circumstances are always more brutal than anything a writer can think up. It goes without saying that real life is always more upsetting than fiction. Today we are taking a deep dive into the top ten true crime documentaries ever made, according to the fine voters at Ranker.

Taking first place on the list of Ranker’s top true-crime docs is a three-for-one. The Paradise Lost trilogy tells the unbearable story of three young teens, known now as the West Memphis Three, who were accused of unspeakably evil crimes. This unique series of docs drew support from high-profile musicians like Natalie Maines, Henry Rollins, Tom Waits, Iggy Pop, and Ozzy Osbourne. Jason Baldwin, Damien Echols, and Jessie Misskelley were painted as evil for their good taste in music and books, showcasing just how easily the American justice system can turn ugly. That said, at least these documentaries are an example of when the art form can do real good by reopening cases and conversations alike.

Coming in second place is a documentary so emotionally rattling it took me multiple sits before being able to finish it. Dear Zachary: A Letter to a Son About His Father is an endlessly upsetting portrait of one family’s tragedy. The pathos and empathetic framing of this doc makes for an unmissable viewing experience. The amount of heart and agony that went into making this masterwork is unprecedented in the filmmaking space. Definitely worth looking into if you can.

A personal favorite true crime series of mine lands in fifth place. The Keepers is a Netflix original from 2017 that unravels a world of violence, sex crimes, and unspeakable evil covered up by the world’s most powerful organization. One of the key players in The Keepers is Sister Catherine Cesnik, an inspiring nun and school teacher who was murdered in cold blood back in 1969 by forces never held accountable. The Keepers does a beautiful job of giving Sister Cathy’s story life and exposing a violent crime swept under the rug for so many years.

Here are the top 10 true crime documentaries, according to Ranker:

Another unmissable true-crime documentary we can’t stop thinking about is There’s Something Wrong with Aunt Diane. This 2011 film from director Liz Gabrus is about the 2009 Taconic State Parkway crash and the terrifying underbelly of its occurrence. The HBO documentary is a chilling portrait of mental health, substance abuse, and a brutal wreck that ended up taking eight lives.

Lastly, what do you think? Do you agree with Ranker’s list of best true crime documentaries? Make sure to let us know what you think on Twitter via @dreadcentral. We’re always around to chat about all things true crime!