That's a wrap on Catherine Schell. 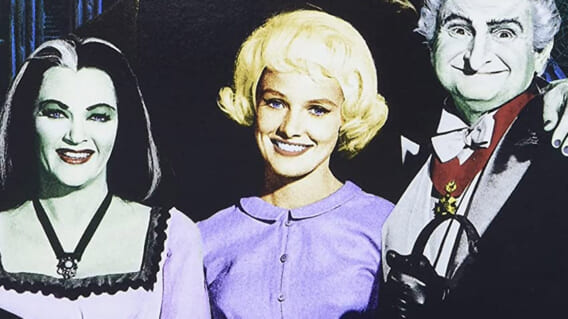 Rob Zombie is back on the ‘gram showing off adorable behind-the-scenes mischief from the set of The Munsters. Today the director shares a cute picture of him hanging out with genre icon Catherine Schell, who he now announces has finished filming. The actress is playing the role of Zoya Krupp in the forthcoming adaptation. Schell is perhaps best known for playing Maya in Space: 1999 or her roles in Her Majesty’s Secret Service, Dr. Who, and The Return of the Pink Panther. Zombie first announced her casting back in January.

Here’s what Rob Zombie has to say in his Instagram status: “That’s a picture wrap on our new Munster pal CATHERINE SCHELL aka ZOYA KRUPP. Welcome to our new world of Gods and Munsters.“

Check out Rob Zombie’s update for The Munsters right here:

When it comes to casting news for The Munsters, we’ve seen our fair share. Sheri Moon Zombie (The Devil’s Rejects) is playing mama Lily Munster. Jeff Daniel Philips (The Lords of Salem) is taking on Herman Munster, whose clay-sculpted headpiece had been previously shared via Rob Zombie’s Instagram. And last but not least, we’ve got Daniel Roebuck (3 From Hell) as Count/Grandpa Munster. Not to mention Cassandra Peterson, Dee Wallace and Pat Priest.

Subsequently, the original cast of The Munsters featured Fred Gwynne, Yvonne de Carlo, Beverly Owen, Butch Patrick, and Al Lewis as Grandpa Munster. Together the group played the average nuclear American family… except for the fact that they were literal monsters.

Are y​​ou a fan of Rob Zombie? Are you excited to see how The Munsters turns out? Share your thoughts in the comments below or on Facebook, Twitter, or Instagram. Dread Central is now on Google News!