Ryan Kiera Armstrong is going to burn the building down. 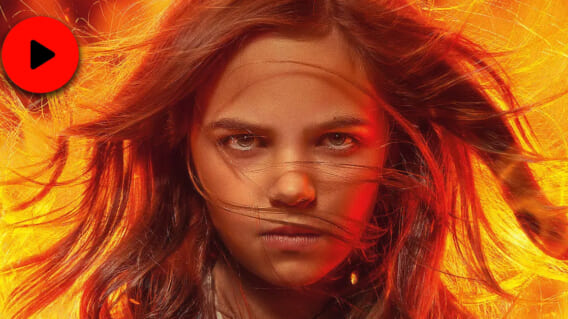 The bold new interpretation of the beloved novel sees rising star Ryan Kiera Armstrong in the role initially made famous by Drew Barrymore in the original 1984 cinematic adaptation. You’ll remember Armstrong from her terrifying scene-stealing moment in another King project, It: Chapter Two.

Check out our interview with Firestarter’s director and star right here:

For more than a decade, parents Andy and Vicky have been on the run, desperate to hide their daughter Charlie from a shadowy federal agency that wants to harness her unprecedented gift for creating fire into a weapon of mass destruction.

Andy has taught Charlie how to defuse her power, which is triggered by anger or pain. But as Charlie turns 11, the fire becomes harder and harder to control. After an incident reveals the family’s location, a mysterious operative is deployed to hunt down the family and seize Charlie once and for all. Charlie has other plans.

The new film hits Peacock and theaters this Friday May 13th, 2022.

Lastly, will you be checking out Firestarter this weekend? And are you as obsessed with Stephen King as I am? Make sure to let me know on Twitter via @joshkorngut. I’m always around to chat all things Firestarter!