The 10 Most Brutal Horror Movies Streaming On Hulu, April 2022 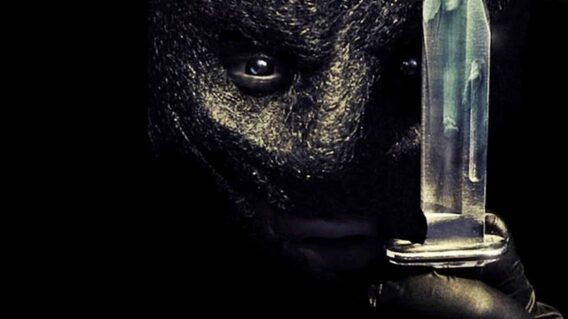 I’ve said it before, but there’s just something about the perky springtime weather that makes me want to watch the most wrecked horror I can get my hands on. To honor this violent urge, a today I’ve hit up Hulu to make a definitive list of what I deemed to be the most absolutely wretched, deeply violent, and all together darkest selections the Disney-owned streamer has to offer. And as per usual, Hulu came through.

One of the most brutal titles Hulu hosts has got to be The Collection, the sequel to The Collector. From filmmakers Marcus Dunstan and Patrick Melton (Saw 4, 5, 6, & 7), The Collection has become a serious fan favorite. Just the opening scene in this bad boy earns it a place on this gruesome list. If you’re as into The Collector series as I am, check out the Development Hell podcast’s episode uncovering whatever happened to third film in the splatterific franchise.

Here are the 10 most brutal horror titles streaming on Hulu this month:

Another scary Hulu title I’ve gotta make some time for is the 2008 classic Mirrors from filmmaker Alexandre Aja. This one stars Kiefer Sutherland and was originally going to be titled Into the Mirror. Gorehounds will likely remember the Amy Smart sequence where (spoiler alert) her character rips her own jaw open in front of her very own eyes. It’s imaginative and nasty as hell. 10/10.

Lastly, what about you? Which of the above brutal Hulu titles will you be setting aside some time for to make up for the perky springtime weather? Make sure to let me know on Twitter via @joshkorngut. I’m always around to chat all things Hulu horror.