Kim and Ket Recommend 13 Films For Celebrating Women In Horror 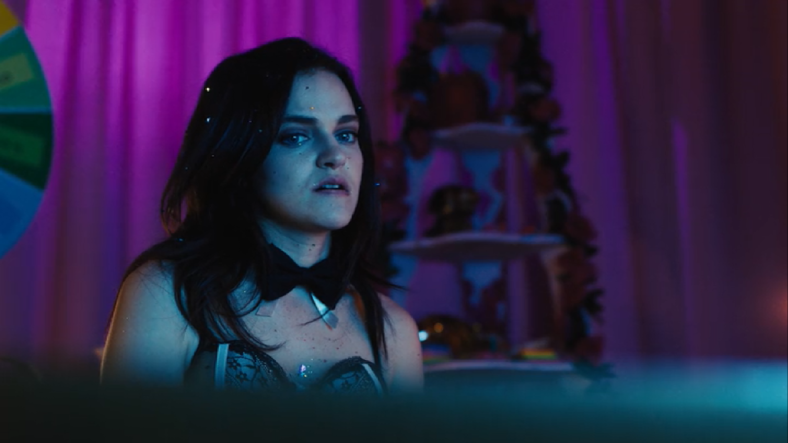 As Women’s History Month comes to a close, Kim and Ket from Kim and Ket Stay Alive… Maybe? on the Dread Central podcast network put together a list of femme-centered films they’ve covered on the show.

Isa Mazzei based this story on her life as a former CAM girl. This psychological horror puts sex work at the forefront and forces the audience to remember that the people on the other side of the camera are, in fact, people. Also, remember DVD stores??

Leigh Janiak writes and directs this intimate little creeper starring Rose Leslie and Harry Treadaway. Kim and Ket loved figuring out how to survive their own honeymoon, should it turn creepy.

This tour de force of Coralie Fargeat is the cathartic revenge story we can all get behind. Kim and Ket also realize they need to seriously brush up on their survival skills. Like, maybe learn to do at least a single pull-up.

Though this isn’t written or directed by a woman, isn’t it refreshing to see two sociopathic FEMALE serial killers for a damn change!? Women can kill too, say Kim and Ket!

The Love Witch (featured in episode 79)

Ok, yes. Anna Biller wrote and directed this gorgeously stylized period piece. But she also did the music, set and costume design, editing, production design and produced this film. Talk about a powerhouse, guys! Also, love-addicted witch is a vibe Kim and Ket can both get on board with.

A Girl Walks Home Alone at Night (featured in episode 80)

Ana Lily Amirpour is another lady who does it all! This gorgeous vampire tale is a take on the classic blood-sucking fiend, with a fresh new perspective. Ketryn also discovers just what kind of vampire she hopes to be one day.

This is a classic 80s slasher straight from the minds of two genre-loving women! Though conceived as a parody of the genre, it’s shot in earnest and resulted in one of our silliest episodes.

The Lodge (featured in episode 94)

The Lodge is one of Kim and Ket’s early forays into “Snow Space” and, man, does it deliver on chilling terror. Oh, also if you’re wondering who would be a better lay: a ghost or a demon, the girls cover that, too.

The queer writer and director makes her feature debut with Lyle. Stewart manages to make a lovely little horror where the main characters are LGBTQIA+ women but it’s not ABOUT them being women or LGBTQIA+. The girls also posit important questions like “is Satan a feminist?”

Though not conceived by women, this film creates a beautiful metaphor for female sexuality and how it’s handled in our society. And so Kim and Ket invoke the powers of evolution and earth to ensure their female descendants be blessed with toothed vaginas for the good of humanity.

Wow! Julia Ducournau does not eff around with this one! The girls covered this for Women in Horror Month 2021 and this episode includes a special guest, Kyasia Fields, to discuss the themes. But also… what IS vet school!?

This film was also covered in 2021 for Women in Horror Month and features a guest discussion with the Queen of Uterus Horror, Molly Henery. This is required watching and listening, folx… seriously. All hail, Emerald Fennell!