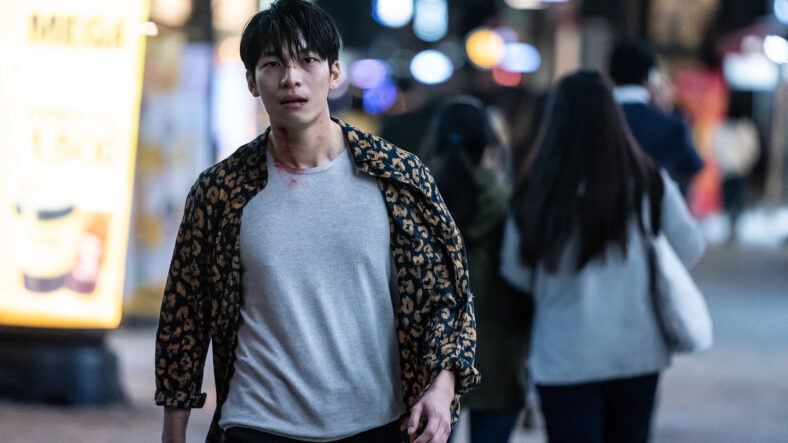 Korean directors have created some of the most bone-chilling and disturbing films in the genre. From Kim Jee-woon‘s I Saw The Devil to Park Chan-wook‘s Oldboy, these films throw any sense of taboo out the window. Nothing is off the table in terms of violence and shock to tell uniquely bone-chilling tales of revenge and survival. Now, director Kwon Oh-Seung joins their ranks with his new film Midnight, starring Squid Game’s own Wi Ha-Jun. Dread is distributing the film.

In Midnight, Fear grips the country of South Korea as a serial killer, (Ha-Jun), stalks its residents. Kyung-mi, a deaf woman, is out late with her mother when she stumbles upon a young woman bleeding out in a dark alley. Now a witness to the killer’s brutal crime, Kyung-mi is being ruthlessly hunted down. Will she survive or become his victim?

Watch the trailer for Midnight below:

Coming off the incredibly successful Netflix series Squid Game, Ha-Jun is taking on a whole new role as a deranged killer with a taste for blood. Ha-Jun is no stranger to horror. He also starred in the terrifying found footage film Gonjiam: Haunted Asylum.

Midnight comes to On Demand and on Blu-ray May 10th.