‘THEY’ Is The Ultimate Forgotten Wes Craven Presents Horror Movie

It's time to revisit the strangest of the Wes Craven Presents projects. 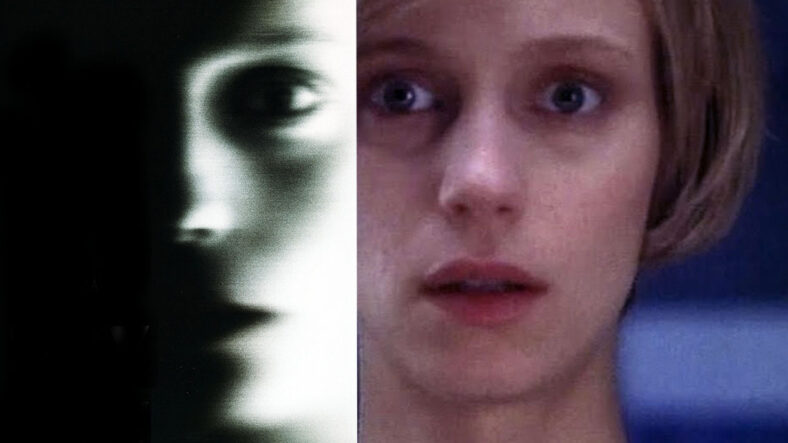 When it comes to Western horror cinema, there might not be a name with more weight than Wes Craven’s. The once school teacher has had a hand in crafting more important franchises of fright than maybe anyone else. But it’s not just about numbers my friends. As most fans are well aware, Wes Craven has had a bonafide classic in at least four consecutive decades.

In fact, Craven became such an influential name in horror post-Scream that the industry began using it as a marketing moniker as early as the late 1990s. Wes Craven Presents was soon preceding horror films like Wishmaster, Dracula 2000, Don’t Look Down and one little 2002 psychological horror attempt by the name of They.

In celebration of Wes Craven’s endlessly enduring career, I’ve decided to drudge up They, a film no one really seems too keen on remembering. That’s in part due to the fact that it’s not a great film, no matter which way you slice it. But it is an interesting film, with a fairly unique premise. And, while Wes Craven likely had little to nothing to do with this lost 2002 horror moment, I can’t help but celebrate the early aughts of it all. I also have a bias affinity for early 2000s cerebral horror (see Dead End).

They Shoot Horror Pictures, Don’t They?

Long before sleep paralysis horror was trendy, director Robert Harmon and writer Brendan Hood would explore night terrors and sleep horror, with middling effectiveness. Their film They concerns psychology student Laura Regan, a troubled young woman who experienced night terrors as a child involving an alternate dimension of terrifying shadowy monsters. When her childhood friends start turning up dead or missing, it becomes clear this wasn’t all in her head.

Lead actor Julia Lund (Dead Silence) is one of the few extraordinary qualities of They. Her expressions heighten a generally by-the-numbers supernatural thriller towards moments of genuine A grade horror storytelling. Less memorable cast members include Ethan Embry (Grace and Frankie) and Marc Blucas (Buffy the Vampire Slayer).

They saw its release on Thanksgiving weekend 2002 to not much more than a hiccup. The reviews were in the tanks, and the movie failed to recoup its modest $17 million budget. A mega box-office and critical bomb, They was lost to the sands of time a little bit faster than I think it generally deserved. My twelve-year-old self wasn’t alone in my lukewarm enjoyment. The BBC said “none of it is likely to make this into the year’s best horror movie, but as far as scaring the pants off you for an hour and a half, They will do that. And more.” And I can’t disagree. There really are a few genuine scares scattered throughout this little lost title.

One of the reasons They is often dismissed is its overused application of the ‘stay-in-light-or-die’ trope we’ve since way too many times since its release. Just a few months later, Darkness Falls would apply the same device to even less impact. And, of course, Lights Out would revisit the trope to even less success fifteen years down the line. But, I don’t think it’s fair to begrudge They for the sins of its kin. I can’t personally think of many stories to utilize this tactic before They, possibly endowing the chiller as a bonafide trailblazer. But I won’t test my limits with this one.

With Scream hitting cinemas this weekend, there couldn’t be a better time to revisit the strangest and most cerebral of the late 90 Wes Craven Presents features. It’s on Tubi for free viewing pleasure, so what are you waiting for?

Check out the They trailer right here: