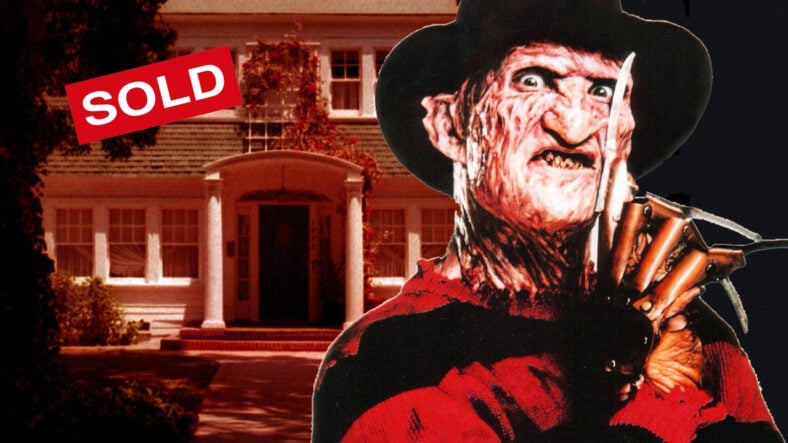 Sorry guys, looks like Nancy’s house is officially off of the market. The iconic horror house from A Nightmare On Elm Street has sold after only a few months, according to Realtor. The instantly recognizable Hollywood historic home was sold for a cool $2.8 million.

1428 North Genesee Avenue in Los Angeles, California first went up for sale by Hollywood heavyweight Lorene Scafaria. Lorene, the director of Hustlers, bought the property in 2013 for $2.1 million. Then late last year she put it back online for a whopping $3.25 million. She got close to that, but it still sold for under asking.

Take a peek ‘Inside’ the A Nightmare On Elm Street house

It didn’t take long before Reddit sleuths got to work and discovered that 1428 Elm Street was also the interior for Netflix’s 2020 comedy special Bo Burnham: Inside. Comedian, actor, musician and filmmaker Bo Burnham has been in a long-term relationship with director Lorene Scafaria (Hustlers), the owner of the classic property.

The house’s facade looks nearly identical to how it was portrayed in Wes Craven’s 1984 horror classic A Nightmare On Elm Street. It even still sports that classic green roof! However, the door has literally been painted black. But that seems like an easy fix.

“The whole neighborhood gets the tour bus treatment. People always get tickled when they see it. The façade is iconic, but the ties to the movie stop as soon as you walk through the front door. Inside, it’s a beautiful traditional-style space with a modern twist.”

According to the LA Times, the house was built back in 1919 and resembles the Dutch Colonial-style of two-story homes. The property was the perfect choice for A Nightmare On Elm Street as Spaulding Square has a noticeable lack of palm trees, making the block easier to dress up as the fictional Springwood, Ohio. Filmmakers often shoot in this area when they want to achieve a non-Southern California look.

Take a peek for yourself!

Tags: A Nightmare on Elm Street