Get a sneak peek at the face-melting madness of the upcoming film 'Amityville Uprising' in this exclusive clip. 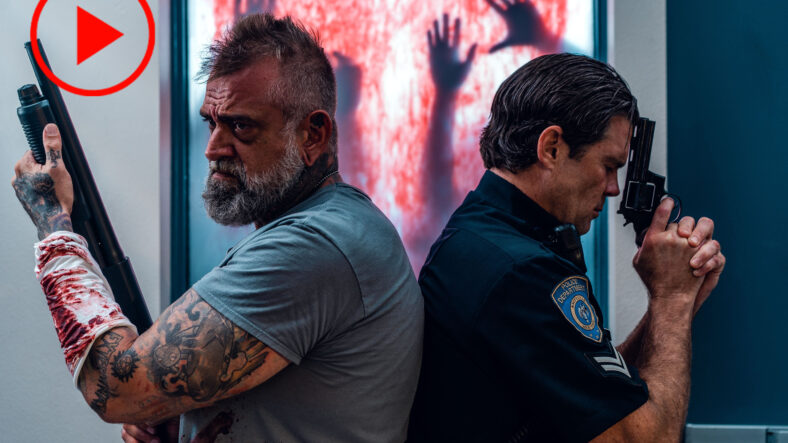 Director Thomas J. Churchill is bringing us back to Amityville in his newest film, Amityville Uprising. This time, acid rain is turning people into zombies. And from the looks of the trailer and the exclusive clip below, it’s going to be one nasty experience. A lot of flesh is going to slough straight off the bone.

Get a nasty sneak peek at Amityville Uprising:

Amityville Uprising takes place after a chemical blast at a military base sets off a supernatural disaster. As Sgt. Dash tries to keep the peace at the local police station, the explosion unleashes a toxic acid rain that dissolves the flesh of anyone trapped in it. Even worse, it causes the dead to rise again and attack the living. Can Dash and fellow officer Nina Rossi figure out who is friend and foe, fend off the attacks and defend their colleagues until the savage cataclysm subsides?

If this clip is any indicator of what to expect, then get ready for nasty. There’s puke, blood, bones, melting flesh and so much more. Sounds like a good way to spend a snowy night in.

Amityville Uprising comes to digital, DVD, and VOD on January 11, 2022!