A human-sized, possessed nutcracker? No thank you! 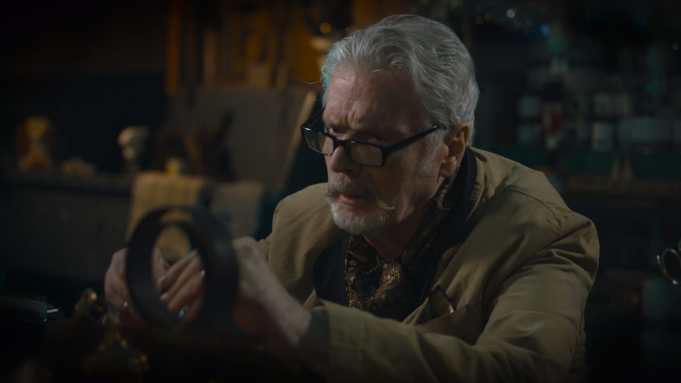 We’ve all played with a nutcracker at our grandparents’ house. We’ve made the wooden decoration talk but never actually cracked a nut with one. At least I haven’t. They’re charming, yet creepy, with their dead painted eyes. But director Rebecca J. Matthews takes that to the next level in her upcoming holiday horror film Nutcracker.

The film follows a struggling novelist who visits her family for Christmas. While she’s there, she finds a mysterious, life-size Nutcracker doll. As if that’s not weird enough, it soon becomes possessed and wreaks havoc. She then meets a shopkeeper who knows much about the dark history of the doll.

Matthews and Scott Jeffrey (the upcoming The Gardener, from Lionsgate/Grindstone) produce Nutcracker from a screenplay by Joe Knetter (Blind), based on a story by Jeff Miller (The Toybox). Executive producers are Miller and Mark L. Lester (director of Firestarter and Commando).

“Shooting the Nutcracker in the English countryside has provided a wonderful backdrop for our dark telling of the classic tale,” says Matthews.

Filming is currently underway for Nutcracker. Keep an eye on Dread Central for more news about this upcoming holiday horror!