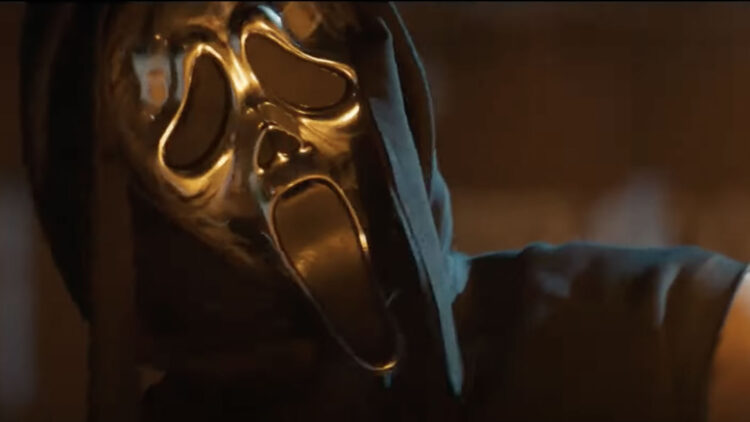 Ghostface is back for an all new Scream entry this January, and they’re changing things up a little. In three brand new television trailers for the new film Ghostface can be seen brandishing a goddamn flamethrower. So watch out.

Not only is our favorite killer switching up the weaponry, but they are also serving us some fresh looks. For the second time you can spot Ghostface sporting a sleek metal (is that chrome?) mask. Can’t say we hate it.

When talking with Entertainment Weekly about taking on the Scream mantle, new franchise directors Matt Bettinelli-Olpin and Tyler Gillett (Ready or Not) seemed to understand the sensitive situation they’re in.

Lastly, what do you think of the upcoming Scream release? Let us know in the comments below or on Facebook, Twitter, or Instagram! You can also hit me up on Twitter via @joshkorngut. I’m always down to talk all things Ghostface.