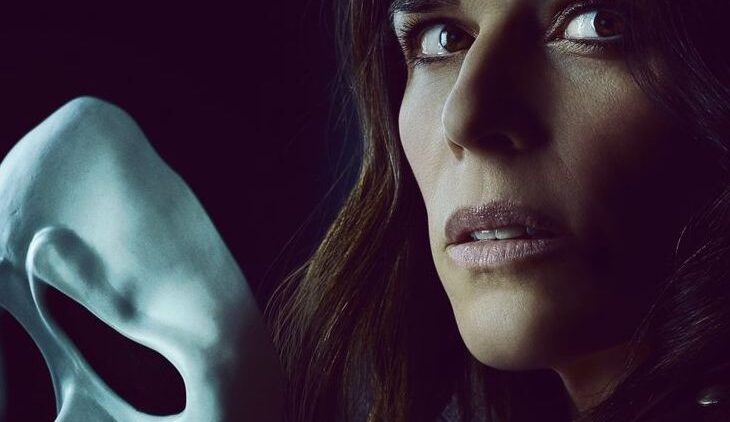 Ghostface is only getting closer, friends. Today we’ve scored a slew of new character posters for the forthcoming Scream film via Collider. This time around, the promos feature the three babes who we know best. And as the new marketing materials continue to remind us, it’s always someone you know.

These slick new one-sheets feature the legacy cast sporting the classic Ghostface visage. Our original crew of survivors are caught red-right-handed here, possibly implicating that one of them may be the murderer this time around. I mean, if it’s always someone you know… who would we know better? Definitely not that kid from 13 Reasons Why.

Scream will be released on January 14, 2022. Will you be checking out the new film? Let me know on Twitter via @joshkorngut.